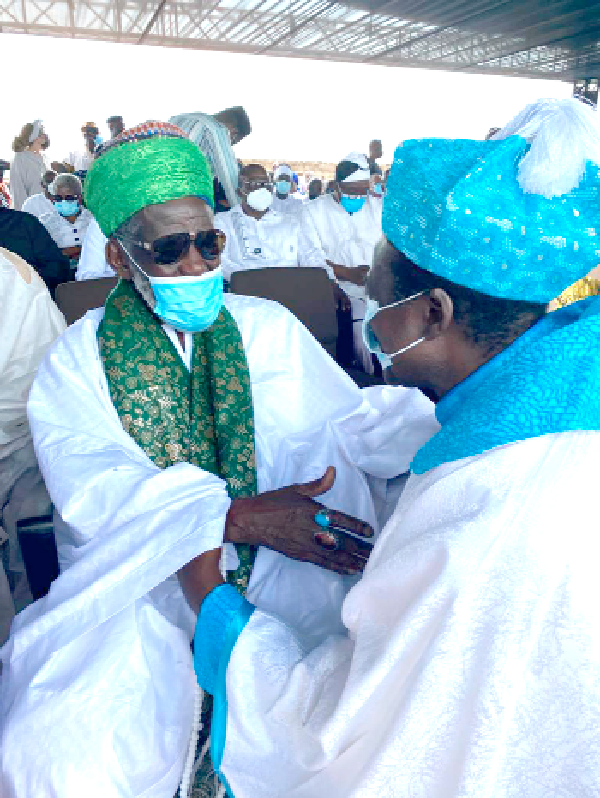 The Spiritual Leader of the Prophets and Spiritual Churches Council, Prophet N’akoa Nazareth Ansah Jamson, has charged Muslims to uphold the Islamic faith so as to enjoy the manifestations of Allah's blessings in their lives.

"I implore my fellow brothers and sisters to uphold this belief so we all flee from sin and enjoy a manifestation of Allah’s blessings in our lives.

"We must not just propagate Islam but also protect its beliefs and principles," he said, adding that "the faith and fear of Allah as the true and only judge of the human race will sustain the Islamic faith".

This was contained in a statement issued on the occasion of the Maulid, which celebrated the birth of the Prophet Mohammed.

He said as a prophet of the Almighty, it was his duty to prompt "us when we erred, and remind us when we forgot so we remain faithful before God".

Once upon a time, the statement said, Islam was predominantly in northern Africa and the Middle East, while in Ghana, the Northern, Upper and Upper West regions were the major Islamic territories.

It said there had been, however, a strong adoption of the Islamic faith among the southern regions over the years, and that this was driven by the strong belief in judgement after death.

That belief, the statement said, was what steered Muslims away from sin.

"As the world evolves, we take a lot of things for granted and this belief has been weakened.

"Scientists speak of global climate change, but I prefer to focus on the global socioeconomic shifts that I foresee.

I wouldn’t call this a prophecy per se as the writings are on the wall.

It is only a matter of time for this to become a reality," it said.