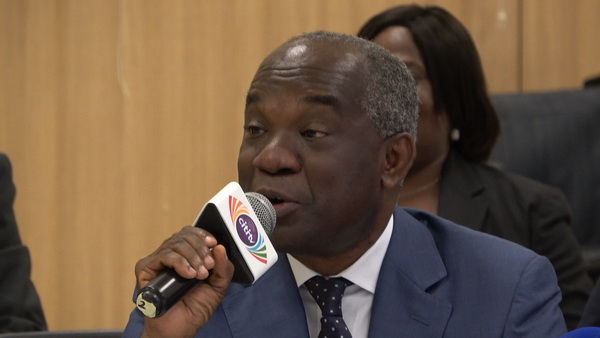 After an 18-month wait, the University of Ghana Medical Centre (UGMC) was opened for public service on Wednesday.

It will initially operate the Administration and the Outpatient Department (OPD) with about 20 members of staff.

Former President John Dramani Mahama inaugurated the centre just before he exited office but various controversies led to a delay in its operation.

Said to be incomparable in West Africa, the $271-million centre, which is the country’s first quaternary healthcare facility, is a referral institution.

Although the 650-bed facility will be owned by the state, it will not be under the Ghana Health Service (GHS) nor the University of Ghana.

Rather, it will be managed by a company yet to be incorporated.

Speaking at a press conference, the acting Chief Executive of the centre, Dr Darius Osei, said the opening of the various departments of the hospital would be done in phases.

He said starting from yesterday, healthcare issues on family medicine, ear, nose and throat (ENT) could be referred to the facility.

He said by the end of the month, the Women and the Childcare departments would become operational, with most of the wards expected to open, while financial clearance was sought for 800 more staff members.

By the end of the year, specialist services in Dermatology and Ophthalmology were expected to come on stream, he added.

While calling for public support to ensure that the facility thrived, he said the management of the facility would be transparent in the recruitment of its staff.

He said the facility’s teaching mandate would start when it began to receive patients.

Dr Osei said the centre, which would drive the country’s medical tourism, would also target Ghanaians in the Diaspora.

The Chairman of the Interim Management Committee, Dr Anarfi Asamoa-Baah, said the task of the committee would end as soon as the government incorporated a company to manage the centre, which would have its own board.

On the management of the UGMC, he said it would not be managed like the Korle Bu Teaching Hospital.

“Consistently, we have been advised by different people that we shouldn’t make this like Korle Bu, so we are very keen that we establish a different culture, a culture that makes this place patient-friendly, that the patient comes first, a culture that is patient-centred and where health workers have the right attitude and motivation to provide the highest level of services.

“But in order to make sure this does not become like Korle Bu, it is important that we have the right people at the top, the right management. The health sector is not just money; it has to do with management and leadership and so we want to establish that here,” he said.

With the hospital expected to offer modern laboratory services, Dr Asamoa-Baah observed that from now there would be no need to send samples to South Africa and India.

Korle Bu is the country’s biggest referral facility, but years of under-investment has resulted in the facility stretching to accommodate the large number of patients who turn up for medical care, amid challenges with bed shortage.

The late President J.E.A. Mills cut sod for the construction of the centre on March 4, 2012 with former President Mahama inaugurating the first phase on January 4, 2017.

Although it was expected to be fully functional by November last year, a feud between the University of Ghana and the current Health Minister, Mr Kwaku Agyemang-Manu, over the management of the hospital resulted in the facility remaining shut, according to persons close to the deal.

But after months of dormancy and a consistent media campaign which traversed social media, it has been opened.

It will also have maternity and paediatric clinics, an orthopaedic centre, an in-patient medical training facility, staff accommodation and a maintenance and logistics building.

It also has facilities for cancer management, a medical hotel where clients could live and consult specialists, in addition to assisted reproductive technology to provide fertility solutions, as well as a helipad that will allow emergency cases to be airlifted to the centre.

The centre also hosts a national medical training and simulation centre which will be used to train health professionals.

Undertaken by Messrs Engineering and Development Consultants Limited, with medical consultation provided by the Sheba Medical Centre of Israel, it is expected to provide cutting-edge medical training and research for various health professionals.