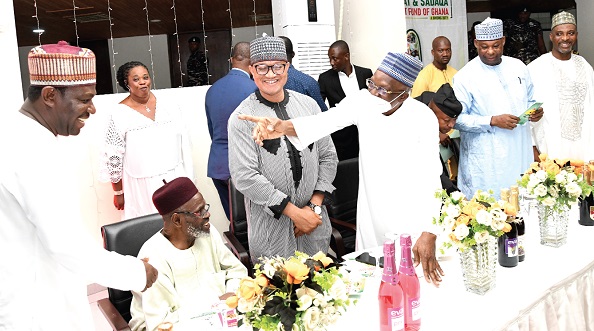 The Speaker of Parliament, Alban Sumana Kingsford Bagbin, has urged the citizenry to consciously treasure and protect the differences among them in order to sustain and foster peaceful co-existence.

He described the diversity in the Ghanaian society as “a huge resource that we should harness for the growth and development of our communities”.

“Diversity signifies the beauty of God’s creation and it is not for nothing that God created the world and divided us into nations, tribes and different races as well as languages,” he said.

Addressing the 10th annual night of power in the Holy month of Ramadan by the Muslim Caucus of Parliament, Mr Bagbin said “It is for us to cherish God’s wisdom, power and authority and glorify Him, and it is also for us to recognise one another and live in peace and harmony so that the society will benefit from the beauty and wisdom of diversity.

“The differences among us in terms of religion, tribe, culture etc is, therefore, the manifestation of our strength and we should treasure, enhance and protect it rather than construe it as a weakness,” the Speaker said.

The event, which was held on the theme: “Sustaining democracy and socio-economic development in post-COVID Ghana: The role of the Muslim communities”, brought together a number of people from all walks of life, mainly Muslims and Christians to break the fast in recognition of the Holy Ramadan.

The Speaker noted that the beauty of the country lay in the unity and diversity among its people, a reason that made him proud to be Ghanaian.

He, therefore, emphasised the need for efforts to be made to sustain the country’s democracy and build back better as a necessity for peaceful coexistence and tolerance of one another.

In a speech read on his behalf, the Vice-President, Dr Mahamadu Bawumia, advised his fellow Muslims not to allow themselves to be used by anyone or group of people to disturb the peace of the country.

“Our peaceful co-existence is a special grace bestowed on us by Allah and we shall all suffer the wrath of Allah if we fail to preserve and pass it on to the next generations,” he said.

‘Let’s open to each other’

The Chairman of the Muslim Caucus in Parliament, Mohammed-Mubarak Muntaka, highlighted the various factors that had enriched the diversity and peaceful co-existence among Christians and Muslims over the years such as inter-marriages and being each other’s keeper.