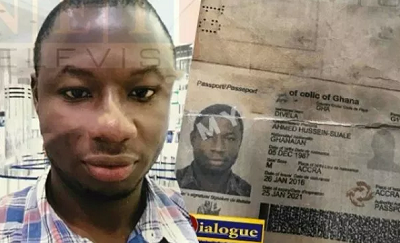 Tiger Eye Private Investigations says it is saddened about the alleged financial plight of the second wife and family of its slain employee Ahmed Hussein-Suale.

In a statement dated Monday, October 4, 2021, the Tiger Eye PI reacted to alleged financial plight of the unnamed second wife after speaking to the family of the late Ahmed Hussein-Suale, stating that in 2019, it donated a lump sum of money to the family in the presence of the two wives.

According to the statement the family disbursed the money equitably and that the two wives were settled.

Tiger Eye PI added that it secured a business contract for the two wives and took the responsibility for the education of their four children.

Mr Hussein-Suale was assassinated on Wednesday, January 16, 2019, at Madina, Accra, allegedly by two unidentified gunmen on a motorbike while he drove home. 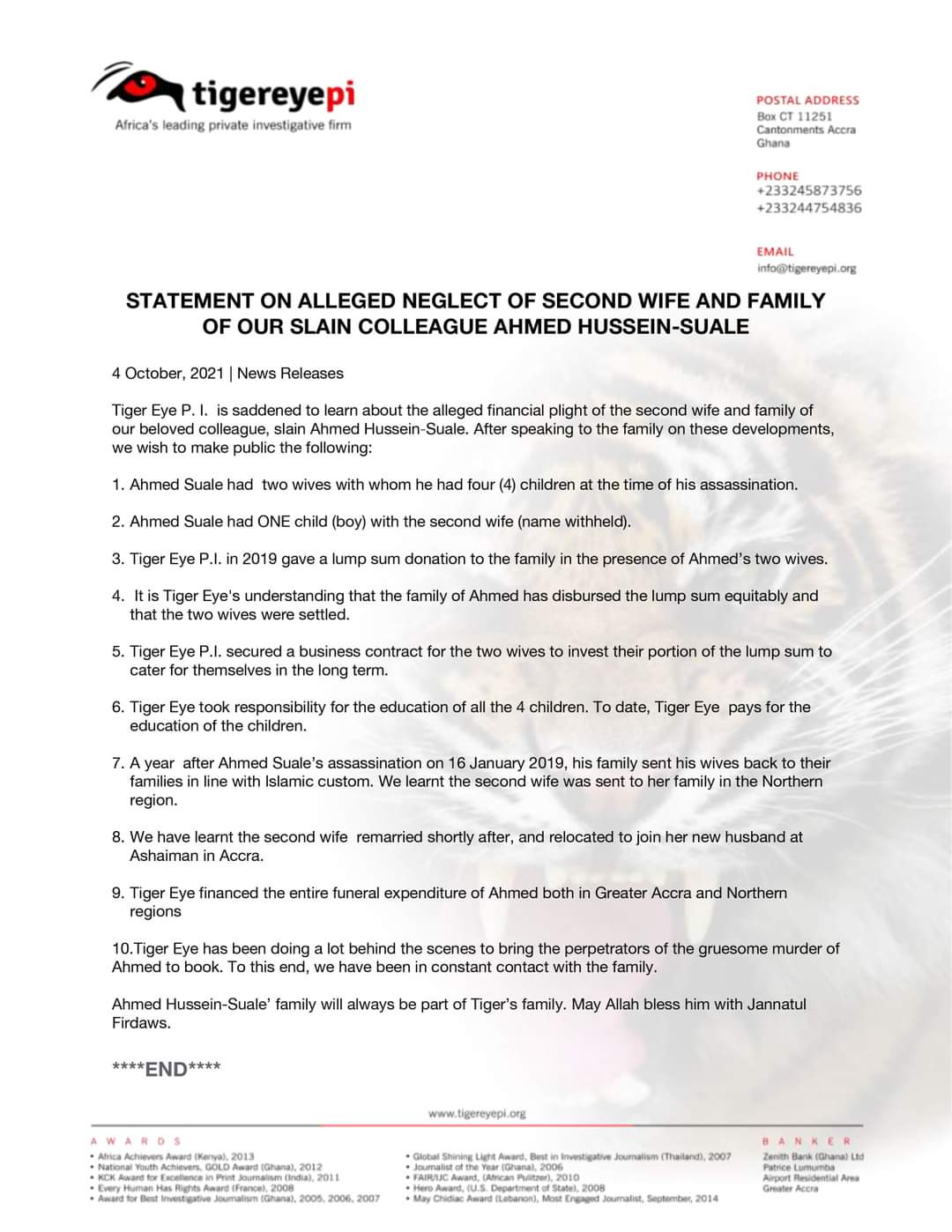