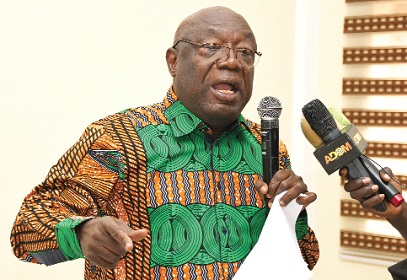 The Ministry of Environment Science Technology and Innovation (MESTI), has cautioned against the use of polythene to wrap foods, particularly banku and fante kenkey as the practice has serious health implications.

Consequently, it is advising caterers and food vendors to adopt more healthy ways instead of the convenience of serving their customers in polythene.

“Health experts have discovered that boiling food, especially kenkey in plastics poses a serious health hazard to consumers,” the sector Minister, Dr Kwaku Afriyie said at a meeting with some caterers’ associations in Accra.

The meeting, which had representatives of the various stakeholders in the informal food and beverage sector, was to discuss the menace of plastic waste and how to fight it as it was becoming a major environmental challenge.

Dr Afriyie explained that studies had shown that through boiling and serving food hot in plastics, certain chemicals could leak out into the food and beverages of consumers and that was harmful to the health of consumers. 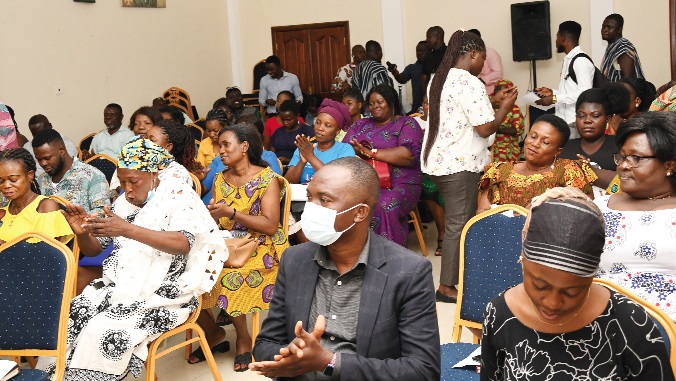 “Some of these chemicals have been linked to health problems such as metabolic disorders (including obesity) and reduced fertility,” the minister indicated.

“For catering companies and professional kitchens, one of the biggest environmental factors is excess packaging. This packaging comes in the form of containers for food items, plastic wraps for ingredients and in many cases, disposable cutlery and utensils”.

“Before the invention of these banku rubbers, our old folks were still storing banku for more than a week without it going bad and any health hazards. As a matter of fact, they rather used materials that had the potential to add other health benefits to the banku”, he said.

Dr Afriyie said the MESTI, together with other ministries such as Ministry of Local Government and Rural Development and Ministry of Fisheries and Aquaculture Development, would soon institute bye-laws to check usage of plastics and make it a punishable offence for those who used them to prepare food such as fante kenkey.

He tasked the caterers to find other innovative and alternative way of food packaging such as the use of paper, leaves, cards among others without the use of plastics in order to help reduce plastic waste in the country.

“I do not intend to ban plastics or disrupt the activities of the private sector. However, the government will not hesitate to take drastic measures when the need arises, given the implications of using plastics as part of the cooking process.

“For now, we are mounting the education and soliciting the help of everybody including the media,” he stated.

The country, Dr Afriyie disclosed, was generating close to one million metric tonnes of plastic waste annually, with less than 10 per cent being recycled.

The threat to the environment by plastic shopping bags (especially the under 20 microns) he said had reached alarming proportions and for that matter public concern about plastics in the environment had become a major issue due to the aesthetic, environmental and health challenges they presented.

“The severity of the problem is tied to the visibility of plastic waste, especially the fact that plastics block gutters, causing flooding. This results in the spread of diseases such as cholera and malaria,” he added.

To fight the plastic waste menace, he said the ministry had developed a concept for plastics management where the country would be divided into cells or grids with each cell assigned to an association of plastic waste pickers.

The concept, he said, was for the area in each segment to be assigned to a particular group of plastic waste collectors where incentives would be provided for the waste pickers only when plastics, including those termed as “orphan” plastics (Olonka, bread, banku, kenkey and koko rubbers, etc) were not found in the segment after monitoring.

The Executive Secretary of Ghana Tourism Federation (GHATOF), Emmanuel Frimpong called on the caterers to commit themselves to reducing the usage of plastic by leading the way and also educate others on the need to stop using plastics.