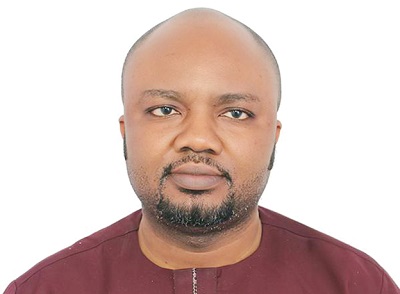 The National Commission on Small Arms and Light Weapons (NCSALW) will, from Tuesday, October 1, this year, start assigning unique codes to all firearms in the country to enable easy identification, traceability and accountability.

The exercise, dubbed: “National Weapons Marking”, is to ensure that all guns belonging to the security agencies, as well as civilians, are marked with the unique codes and other features, with information on the owners captured into a database.

The weapons coding exercise is in line with Article 18 of the ECOWAS Convention on Small Arms and Light Weapons, which mandates countries in the sub-region to mark their weapons to enable identification and traceability.

The Information Technology (IT) Manager and National Weapons Marking Coordinator at the NCSALW, Mr Frank Boateng Asomani, told the Daily Graphic in an interview that the marking by the commission was different from the serial numbers and other information already imprinted on the guns.

“Every weapon has a unique serial number and other markings which help identify the manufacturer, the country of origin, among other information, and these are all primary markings. But the markings that the commission is going to undertake are secondary markings which will include features such as ECOWAS logo, country and other codes,” he explained.

He said secondary markings were a standard coding system which had been agreed upon by all ECOWAS member states under the ECOWAS Convention on Small Arms and Light Weapons.

The move to mark all guns formed part of efforts by the commission to reduce the proliferation of weapons in Ghana, Mr Asomani said.

Last week, three persons were arrested for allegedly planning to overthrow the government.

On their arrest, items such as pistols with magazines were retrieved from them.

Also, in recent times there have been a number of reported cases of attacks on citizens and policemen whose weapons were stolen after they had been killed or attacked.

These have raised concerns about the proliferation of weapons in the system.

Mr Asomani said many people possessed unlicensed weapons in the country which could not be traced or accounted for.

A baseline survey conducted by the NCSALW in 2014, he said, showed that about 2.3 million arms were in the hands of adult civilians.

Out of that number, only 1.2 million, representing 53 per cent, were registered, with 47 per cent unaccounted for, while an assessment of the registered guns in Ghana revealed a disturbing situation where the licences of majority of registered guns were not renewed annually as mandated by law, he said.

Mr Asomani added that the AK47 rifle was a “hot cake” in the sub-regional black market, with prices ranging between GH¢7,000 and GH¢8,000.

With that demand, he said, criminals might go to great lengths to take possession of the rifles, thereby putting the lives of policemen in danger.

Laws should be reviewed

While the law on small arms and ammunition (Arms and Ammunition Act, 1972 ) needed to be urgently reviewed to meet the current demands, he said, more needed to be done to control their proliferation in the country.

He noted, for instance, that the weapon marking exercise was not backed by any law or legislation in Ghana but only in compliance with the ECOWAS Convention.

“We need the law to be reviewed so that some of the international treaties and conventions such as the Arms Trade Treaty and the ECOWAS Convention could be domesticated.

Also, he said, the law was silent on the number of arms one person could acquire and the commission had also been sidelined in the issuing of licences.

“The commission should play a role in the process of issuing licences for weapons in the country. It should vet persons who apply for licences and train them before the licences are issued to them,” he said.

As it was, he said, the commission would not have much power to control weapons in the country if the law was not reviewed.

Mr Asomani explained that weapons marking would help regulate and control already existing weapons in the system since it would be easy to identify and trace a weapon used to the owner if it were used to commit any crime and retrieved.

The exercise, which has been successful in Liberia, Cote d’Ivoire and Sierra Leone, he said, would guide the government and the security agencies in future procurement of arms.

Additionally, he said, the weapons marking would reduce gun-running in the ECOWAS sub-region.

The exercise was not new, as the commission had started a similar one in 2013, but Mr Asomani said it stopped due to financial constraints.

“However, this time round we are hopeful that it will be successful because the government has given us some funds to use for the exercise,” he said.

He further noted that the United Nations Trust Facility Supporting Corporation on Arms Regulation (UNSCAR) and the UN Development Programme (UNDP) were supporting the commission to undertake the project.