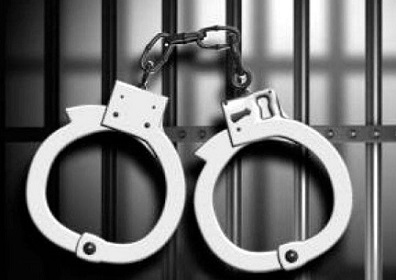 An officer of the Ghana Immigration Service (GIS), Frank Wobe, has been arrested for allegedly defrauding two people to the tune of GH¢10,300 on the pretext of helping them to secure recruitment into the security services.

The 54-year-old Assistant Inspector of Immigration was said to have escaped after taking money from his victims who are workers at a private health facility in Ho where he was receiving treatment for stroke.

A police spokesman who confirmed Wobe’s arrest, told the Daily Graphic that the suspect assured his victims that he would include their names in the ‘protocol list’ and so they would have most of the recruitment requirements waived.

According to the spokesman, Wobe who was stricken with stroke soon after he was interdicted for an earlier fraud case, together with two other employees of the GIS, for issuing a fake passport which was subsequently detected outside Ghana, leading to the deportation of the bearer.

During their interdiction, one of Wobe’s alleged accomplices died while the other was exonerated.

The ailing suspect then travelled from Accra to Ho sometime in December last year to seek treatment at the health facility.

During interaction with some health attendants, Wobe convinced them that he could help them to be recruited into the two security agencies in appreciation of how well they had treated him.

Based on that one of them, a female, opted for the GIS while the other chose the Ghana Prisons Service.

When the two finally realised Wobe had conned them, they reported the matter to the police.

The Daily Graphic was told that during a manhunt for Wobe, an informant who spotted the suspect at a food joint in Community 22 in Tema alerted the police, leading to his arrest on August 16.

The next day, the suspect was handed over to the Ho Police. Meanwhile, Wobe is said to have admitted the offence in his police caution statement and pledged to refund the money to his victims.

He was granted a police enquiry bail to seek further treatment for his condition.

Investigations are underway to find out if the suspect had swindled other members of the public.