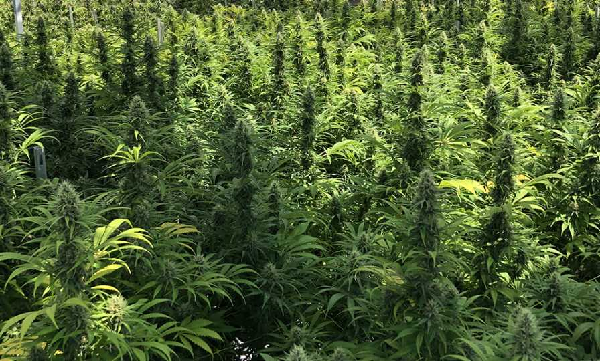 The Mental Health Authority (MHA) has hailed the Supreme Court’s ruling on cannabis cultivation in the country.

According to the authority, it was excited about the ruling, since allowing the cultivation of the substance was going to have harmful consequences on the country.

“We are excited because some of us foresaw that the legalisation of cannabis cultivation was going to bring untold hardships on Ghanaians. It was obviously going to bring about mental health issues, physical complications or even cancer,” the Chief Executive Officer of the MHA, Dr Akwasi Osei, told the Daily Graphic in Accra.

He said during the passage of the bill, the authority wrote to Parliament not to pass it and also wrote to the President not to assent to the bill when it was passed.


Notwithstanding the MHA’s concerns, the bill was passed without the appropriate engagements with mental health professionals, he said.

“So I am happy that the Supreme Court is saying that if we pass a law without appropriate engagement, then it is unconstitutional. I am happy with that ruling.

To pass such a law, it is always important to have a broader and exhaustive stakeholder engagement, especially when there are threats, as much as there are benefits,” he said.

The Supreme Court, on July 27, 2022, declared as unconstitutional a section of the Narcotics Control Commission Act, 2020 (Act 1019) which allows licences to be granted entities to cultivate small quantities of cannabis, popularly referred to as ‘wee’ in Ghana, for industrial and medicinal purposes.

In a 4-3 majority decision, a seven-member panel of the apex court held that Section 43 of Act 1019 violated Article 106 of the 1992 Constitution, which details the processes a bill must go through before it is passed into law by Parliament, and was, therefore, null and void.

“The plaintiff's action succeeds. Accordingly, Section 43 of the Narcotics Control Commission Act, 2020 (Act 1019) is thereby declared null and void and struck out as unconstitutional, as it contravenes the letter and spirit of the Constitution, 1992, particularly Article 106 (2) (a) (b), (5) and (6) thereof,” the court held.

The court did not give the full reasons for its decision, which it said would be filed at its registry by August 11, 2022.

The MHA CEO said there was no way such a law would be passed without engaging the requisite mental health officials and expressed the hope that the ruling would not be overturned in the event of a review.

“What they have to do is come back and engage us because that was one of the strongest points the Supreme Court raised. If they come back to us, we will tell them about the consequences of cannabis cultivation.

“Eventually if they go ahead and still pass it, I will say ‘woe unto us’ because in a few years’ time we will have the consequences. Parliament will have itself to blame for having passed the law and it should face the consequences squarely,” he emphasised.

Section 43 of Act 1019 stipulates: “The minister on the recommendation of the commission, may grant a licence for the cultivation of cannabis, popularly referred to as ‘wee’ in Ghana, which is not more than 0.3 per cent THC content on a dry weight basis for industrial purposes for obtaining fibre or seed for medicinal purposes.”

Article 106 of the 1992 Constitution, titled: “Mode of Exercising Legislative Powers”, deals with the processes a bill must go through before it can be passed into law by Parliament.

Article 106 (2) states: “No bill, other than such a bill as is referred to in Paragraph (a) of Article 108 of this Constitution, shall be introduced in Parliament unless: (a) it is accompanied by an explanatory memorandum setting out in detail the policy and principles of the bill, the defects of the existing law, the remedies proposed to deal with those defects and the necessity for its introduction, (b) it has been published in the Gazette at least 14 days before the date of its introduction in Parliament.”

Article 106(5) of the 1992 Constitution states: “Where a bill has been deliberated upon by the appropriate committee, it shall be reported to Parliament,” while Article 106 (6) stipulates that “the report of the committee, together with the explanatory memorandum to the bill, shall form the basis for a full debate on the bill for its passage, with or without amendments, or its rejection, by Parliament”.