One of the major components in food crop production globally, which was badly hit last year because of COVID-19 and exacerbated this year by the Russia invasion of Ukraine, is fertiliser.

Farmers globally rely heavily on fertilisers to grow their crops. All fertilisers are made up of either nitrogen, phosphorus or potassium.

Nitrogen, which is 98 per cent of the world fertiliser is made from natural gas, but unfortunately, the prices of natural gas have more than doubled and in some places, four times higher than the previous year, making the future market look gloomy.

Consequently, the price of ammonia fertiliser, which is nitrogen-based, has shot up from $200 per tonne last cropping season to $1,000 per tonne currently on the global market.

The other two types are equally not spared, especially as a result of the crisis in Ukraine.

Surely, this is a big challenge for farmers globally, making it extremely expensive to grow a crop, and the likely result is that a lot of farmers around the world would be forced to reduce the acres of production.

This means that the farmers are going to grow less this year than they would have otherwise, because of the high cost of the commodity and the fact that the farmers cannot access fertiliser.

Ghana definitely is going to be hardest hit and the reason is simple: Ghana is caught up in this global web, as we do not produce fertiliser and therefore, rely on 100 per cent import of the commodity annually for local farmers.

This surely places great burden on both the farmers and the government as any development on the global market has direct implications locally.

Even before the Russia-Ukraine conflict, the Minister of Food and Agriculture, Dr Owusu Afriyie Akoto, gave a hint last year that the fertiliser subsidy under the government's flagship Planting for Food and Jobs (PFJ) for 2022 cropping season would suffer a cutback.

He said there was a general shortage of fertiliser on the world market because of high demand for natural gas production in fertiliser manufacturing countries. 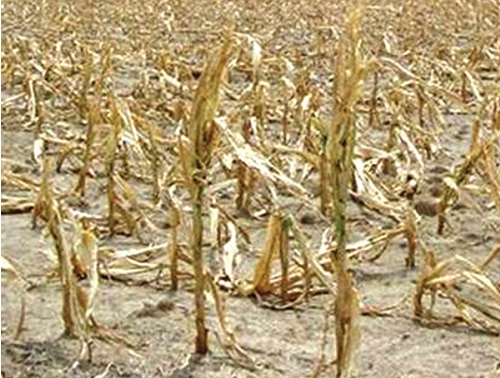 The Minister said for instance, that the high prices of natural gas, a key raw material for the manufacturing of fertiliser, had halted some production in Europe and the US, while other countries like China and Russia were imposing restrictions on exports to try and safeguard local supplies as a result of the COVID-19 pandemic.

The CF Industries, the American group that together supplies about 40 per cent of UK fertiliser needs, and another major fertiliser producer, Yara, both raised concerns of “record-high natural gas prices in Europe”.

These are the stack realities and Dr Akoto did not mince words when he made it clear that the government would not be able to meet the subsidy demand under the PFJ as it did over the last five years.

It is, therefore, obvious that many farmers would not be able to purchase fertiliser this year as the prices would be far and above their reach and Ghanaians need to beware of the current development and brace themselves up for the worst.

This can have serious implications on food security and food sufficiency in the country.

According to Cadre Harmonisé, a regional framework to prevent food crisis, millions in Africa are expected to have a worsening nutritional situation in a matter of a few months, expectedly six weeks after the war in Ukraine began.

According to the March 2022 analysis of Cadre Harmonisé, 38.3 million people in 33 African countries will experience food and nutrition crisis between June and August 2022, an increase of 40.2 per cent from 27.3 million during the same period in 2021.

It must be noted that the mere fact that Ghana was not mentioned here does not mean that we are out of the woods, after all, we live in a global world.

Currently, with the exception of Chad in the worst affected African countries, all these affected countries are beneficiaries of our PFJ because truckloads of our food items are a common sight at our Burkina Faso border as well as the other borders of our neighbouring countries.

I think the decision of government to ban the exportation of soya beans and maize is one of the brilliant ideas to have been mooted.

A number of countries started a deliberate selective restriction of food exports since COVID-19 struck and are still doing so in spite of whatever agreements and conventions governing such restrictions and it is good we follow suit.