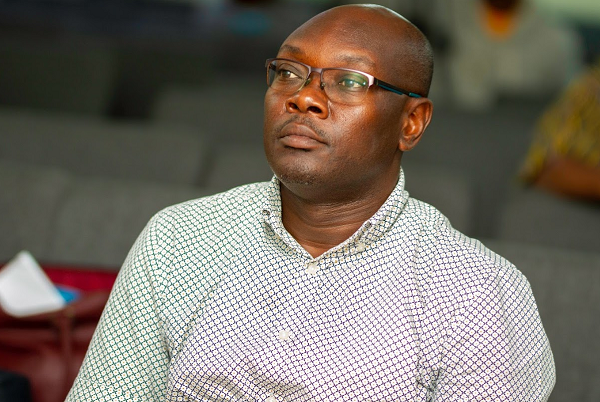 More than one million children have been reached with at least one dose of the malaria vaccine through pilot introductions in Ghana, Kenya and Malawi since 2019.

The Africa Lead of Vaccine Implementation at PATH, a global nonprofit organisation dedicated to health equity and one of the leading organisations for the malaria vaccine implementation, Mr John Bawa in a webinar presentation on Friday, April 23, 2022, said the huge number of children reached with the malaria vaccine indicates strong community demand for the vaccine.

He said, for instance that in Ghana, about 36,000 children have received at least one dose of the vaccine with uptake around 60 per cent.

As part of the global efforts in fighting malaria infections and related deaths, particularly among children under five years, the World Health Organisation (WHO) and its partners introduced the world’s first malaria vaccine known as RTS,S, targeting children from six months up to 2 years of age.

The vaccine, RTS,S, is a complementary malaria control tool – to be added to the core package of WHO-recommended measures for malaria prevention, including the routine use of insecticide-treated bed nets, indoor spraying with insecticides, and the timely use of malaria testing and treatment.

In Ghana, for instance, the vaccine was piloted in 47 selected districts in six regions in Ghana.

Following the success story recorded from the pilot implementation of the vaccine in Ghana, Kenya and Malawi, the WHO in October 2021, recommended expanded use of RTS,S vaccine among children living in regions with moderate to high malaria transmission.

Speaking on the theme: “Scaling up the use of the first malaria vaccine in the context of the COVID-19 pandemic, experiences from Ghana, Kenya and Malawi,” during a visit of a team of health journalists to the Kintampo Health Research Centre (KHRC) to familiarise themselves with the work of the centre, Mr Bawa said a grant of close to US$5 million has been secured by PATH to scale up the vaccine implementation in all the districts within the selected regions in the countries that piloted the vaccine implementation.

He said the grant to PATH was recommended by GiveWell, a US-based non-profit, for funding by Open Philanthropy, also based in the United States.

Mr Bawa noted that “the award will provide each pilot country with funds to expand malaria vaccination in the pilot areas through the end of 2023” which is the formal end of the pilot programme.

For him, “the vaccine is a major step forward for malaria control, child survival and health equity”, adding that “the vaccine substantially reduces malaria illness and death.”

“In 2020, nearly half a million African children died from malaria – or 1 child died of malaria every minute,” he bemoaned malaria mortality on the continent.

Mr Bawa also disclosed that PATH had again secured an initial funding of close to US$160 million from Gavi to support the introduction, procurement and delivery of the malaria vaccine for Gavi-eligible countries in sub-Saharan Africa.

Gavi, otherwise known as the Vaccine Alliance, is a public–private global health partnership with the goal of increasing access to immunisation in poor countries.

He, however, said countries eligible for Gavi support including the pilot countries will need to apply for the funds, starting in June, 2022 and will end in January 2023.

For him, high-level political support and commitment, robust crisis communication strategy, and strong collaboration with community and stakeholders, all helped with the success story of the pilot vaccine implementation.

Commenting on the success story of the vaccine, the Director of the Kintampo Health Research Centre, Dr Kwaku Poku Asante, lauded the staff—scientists and researchers of the centre for their contributions towards the development of the malaria vaccine.

He said the centre participated in many of the processes that resulted in the development of the malaria vaccine for children.

A researcher at the KHRC and Project Manager for the Malaria Vaccine Pilot Evaluation in Ghana, Dr Thomas Gyan, explained that after the remaining districts in the implementing regions had been covered, the immunisation programme would be extended to all the districts in the country.

Dr Gyan has, therefore, called on the Ministry of Health and the Ghana Health Services as well as the Health Directorates in all the implementing regions to find innovative ways of ensuring that people who start the vaccine completed their dosages, particularly those in the hard-to-reach areas “so that each child will receive the required vaccine.”

He observed that although malaria cases continue to decline across the country, there were still areas that continue to record high cases of malaria and urged such people to continue to keep to all malaria prevention tools.

He noted that malaria cases usually peaked during raining season, encouraging people not to take things for granted during the season.

The Executive Secretary of the African Media and Malaria Research Network, Dr Charity Binka, commended all the stakeholders that worked collaboratively to develop the malaria vaccine.

She said journalists from the AMMREN had followed the vaccine from almost all the stages of its developments, pledging that members of AMMREN would continue to support the malaria vaccine implementation with extensive media coverage.

She said malaria was a dangerous disease that needed to be fought with all seriousness, saying that “Malaria reduces economic growth in sub-Saharan Africa by 1.3 per cent per person per year and GDP by 0.2 to 6 per cent.”