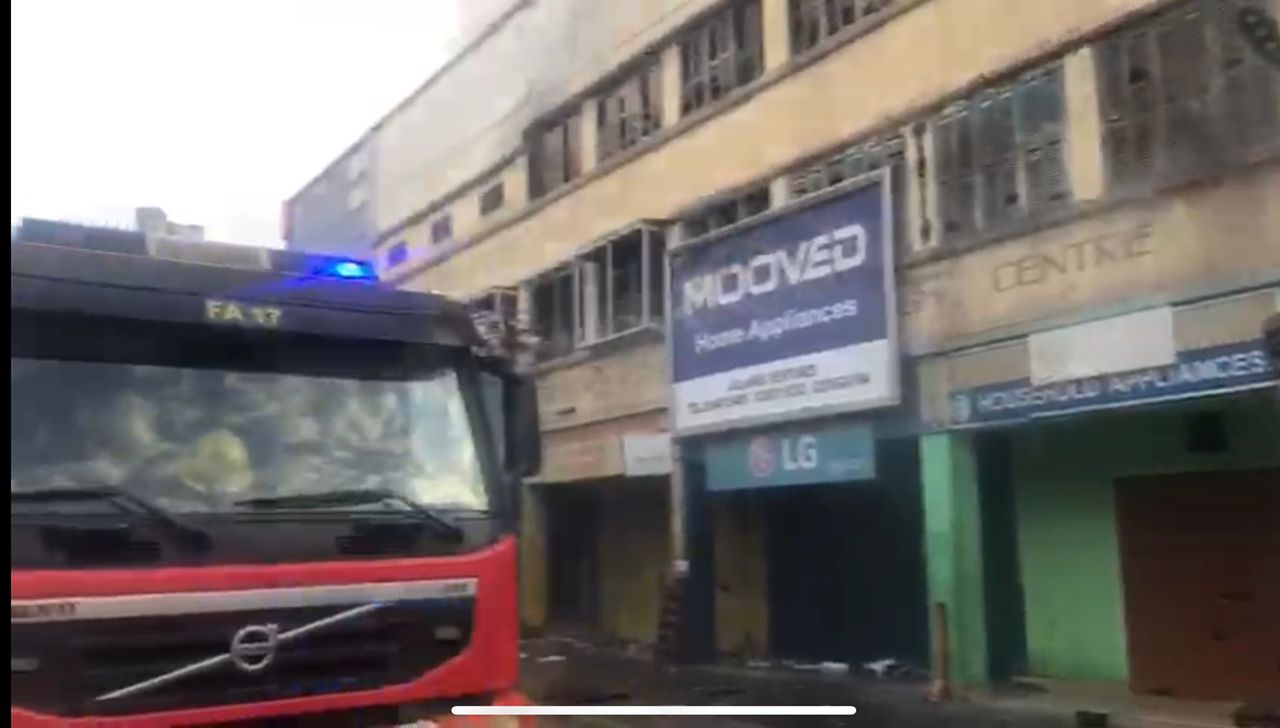 Fire has gutted a two-storey building at Opera Square in Accra destroying valuables running into thousands of Ghana cedis.

The inferno was first seen at the first floor and then extended to the second floor of the building which contains refrigerators, air conditioners and disposal packs.

Fire service personnel are at the scene battling the fire, reports Graphic Online's Joshua Bediako who is at the scene.

The cause of the fire is not yet known.

As of 6 pm, some fire engines were still at the scene helping to douse the flames.

The fire reportedly started around 3:20 p.m.

When Graphic Online got to the scene of the fire around 5:30 p.m., personnel of the Ghana National Fire Service (GNFS) were still battling the fire.

The firemen, armed with three fire engines and other fire-fighting equipment were still trying to bring the fire under control and prevent it from escalating.

Below is a video from the scene 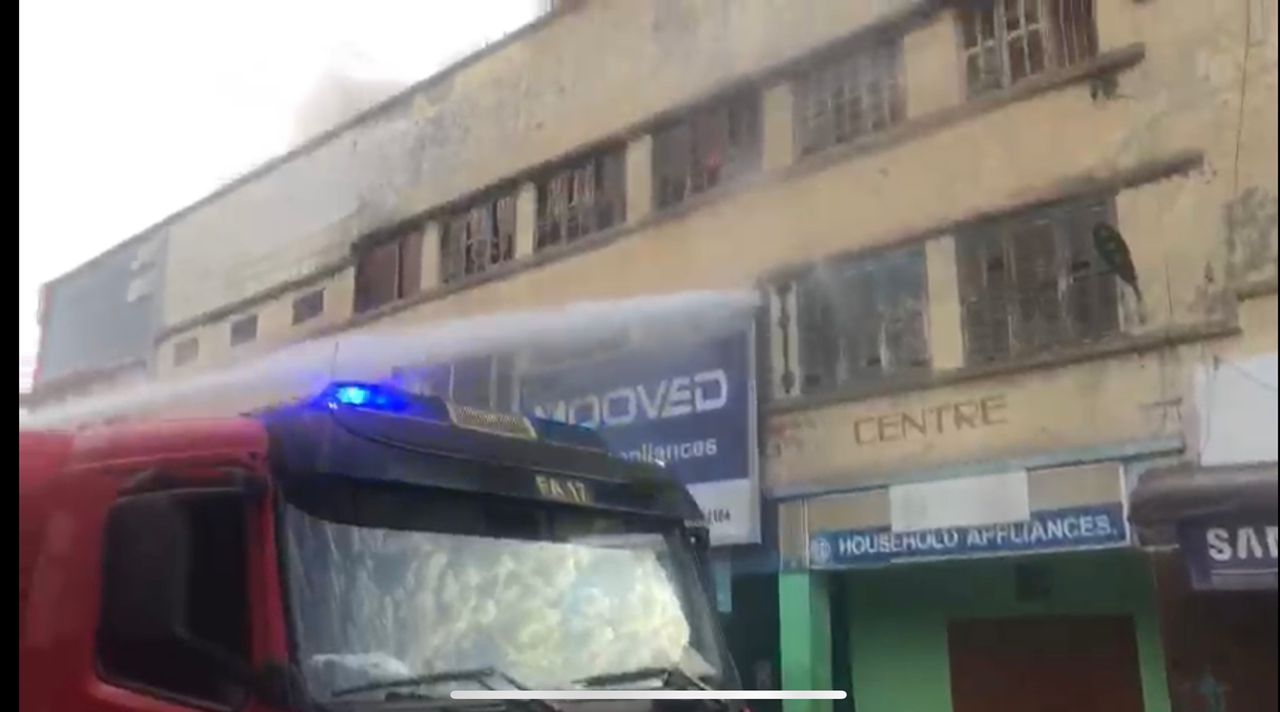