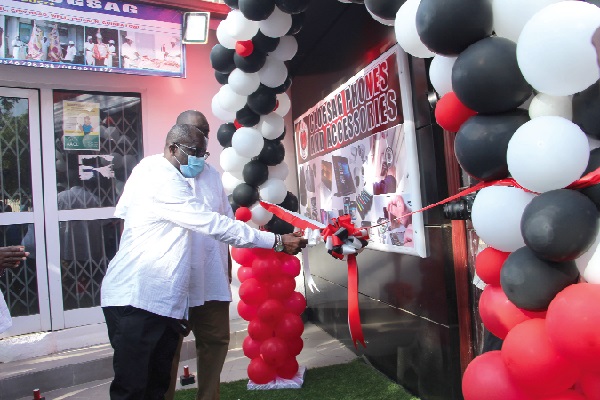 The Civil and Local Government Staff Association, Ghana (CLOGSAG), has asked the Ministry of Finance to relinquish its supervisory role over the Social Security and National Insurance Trust ( SSNIT).

The association said it would be compelled to take legal action against the ministry if it failed to renounce the role.

Speaking at a thanksgiving service organised by CLOGSAG in Accra last Saturday to mark May Day, the Executive Secretary of the Association, Mr Isaac Bampoe-Addo, said investigations by the association revealed that SSNIT had been placed under the Financial Service Division of the Ministry of Finance.

However, the National Pensions Act, 2008 (Act 766), clearly indicated that the Ministry of Employment and Labour Relations was rather in charge of pensions in the country and, therefore, must play the supervisory role over SSNIT.

Mr Addo, therefore, stated that any supervisory role that the Ministry of Finance was playing in relation to SSNIT, apart from determining allowances for board and committee members, was not supported by the law and, therefore, illegal.

“CLOGSAG is serving notice that should this anomaly persist, the association would not only petition the Speaker of Parliament but use other legitimate means to stop this practice,” he stated

The thanksgiving service was characterised by songs of praises and worship as well as prayers for the association and the labour front.

The Resident Pastor of the CLOGSAG Christian Fellowship, Mr Micheal Adebisi Bayo, delivered the sermon at the service and led the way to offer intercessory prayers for the country.

As part of the service, the association inaugurated a technology shop to give the members the opportunity to purchase technological equipment at their convenience via online.

Mr Addo stressed the need for the Ghana Beyond Aid agenda to be visible at the local government level and also translated by agents of government into an improvement in internally generated funds.

That, he said, would ensure that adequate funds were available for development.

The CLOGSAG executive secretary explained that effective revenue mobilisation, especially within the local government structure, would facilitate and lead to an increase in the financing of essential public goods, works and services to propel the national development agenda to greater heights.

The Local Government Act (2016), Act 936, mandates the metropolitan municipal and district assemblies (MMDAs) to develop strategies to effectively mobilise resources in the form of levies, taxes, rates, duties and fees which are necessary for the overall development of the district.

However, Mr Addo observed that the assemblies were faced with challenges of revenue generation, storage and dissemination of information since everything was being done manually.

Additionally, he said, the continuous leakages of public funds through poor revenue mobilisation practices and their interrelated unorthodox and archaic tracking of taxpayers in the various assemblies were a source of worry to the association.

Mr Addo said CLOGSAG had found it prudent to assist the government in its bid to block financial slippages by introducing a more sophisticated technological innovative systems for revenue collection that could mitigate revenue leakages.

The executive secretary noted that the adoption of technology in the revenue mobilisation process facilitated the identification and registration of potential taxpayers, payment processing, accounting and auditing that could eliminate fraudulent practices inherent in the manual transaction process.

In pursuance of such objective, he said the association had established the CLOGSAG Revenue to enhance revenue mobilisation.

He said the initiative would be piloted in three districts in the Central Region and later replicated in other parts of the country.