Q-NET dissolved: A-G to go after other firms 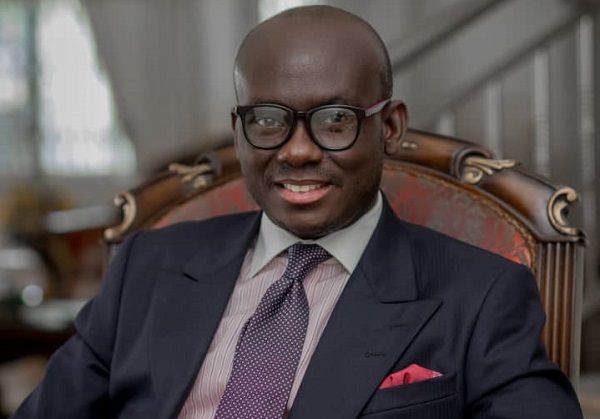 The Commercial Division of the Accra High Court has ordered the dissolution of Quest Net Limited (Q-NET) for engaging in dishonest, illegal and fraudulent business activities.

This followed a petition filed by the Attorney-General (A-G), Godfred Yeboah Dame, seeking the dissolution of the network marketing company for operating in a manner akin to a Ponzi scheme.

In a judgment dated July 20, 2022, the court, presided over by Justice Jennifer Abena Dadzi, upheld the arguments made by the A-G.

“It is hereby ordered that the respondent, Q-NET, be and is hereby wound up,” the presiding judge upheld.

Aside from dissolving Q-NET, the court also restrained the directors, members and officers of the company from exercising any powers that pertained to the running of the company under the then Companies Act, 1963, Act 179, under which Q-NET was incorporated.


In the petition, filed under the Corporate Insolvency and Restructuring Act, 2020 (Act 1015), Section 84 (1) of Act 1015, the A-G said investigations by the National Security Council Secretariat disclosed that Q-NET operated in a manner akin to a Ponzi scheme by luring clients to make deposits and investments with the company, which they eventually lost.

Mr Dame indicated that Q-NET mainly operated in the Ashanti, Western, Eastern and Ahafo regions and engaged in various “fraudulent schemes”, such as inviting the public to buy products for outrageous and non-existent profits.

The petitioner averred that to become a member of the false schemes put in place by Q-NET, the company required prospective subscribers to purchase various online items for various sums ranging between GH¢5,000 and GH¢15,000.

He further said investigations indicated that Q-NET also took money from people with the false representation that the company could help them find jobs.

“The respondent lured unsuspecting members of the public to pay about GH¢5,000 for the purpose of placing them in various jobs which turned out to be a hoax,” the petition added.

After taking the money, the A-G said, the company would orchestrate the arrest of its victims who tried to make noise about its “fraudulent activities”.

Mr Dame further contended that the activities of Q-NET were mostly dominated by Nigerians, Burkinabes, Ivorians, Malians and Togolese who laundered the proceeds from their illegal activities

“The widespread criminality and illegality in which the respondent is being operated has grossly undermined its existence in the Ghanaian community,” he added.

He said investigations showed that Q-NET was part of Quest International, also known as the QI Group, located in Hong Kong and operating in many countries.

However, he said, owing to its “illegal activities”, the company had been banned in the USA, Canada, Australia, Rwanda, Iran, Sri Lanka, Syria, Afghanistan and Cote d’Ivoire.

Despite the petition and all hearing notices and documentary evidence being duly served on Q-NET, the company failed to enter appearance and did not file any answer to the petition.

In its judgment, the court further granted the A-G an order to appoint the Registrar of Companies, in her capacity as Official Liquidator, to exercise the powers of a liquidator, including managing the assets of Q-NET pending the making of a winding order by the court.

“In this regard, the money obtained by the respondent from its activities represents proceeds of crime and I find that the failure of the respondent to explain the nature of its activities and what it was doing with the money so collected from the public, short of laundering the money, is itself indicative of the company operating in an illegal or inherently objectionable manner,” the court held.

Reacting to the judgement, Mr Dame vowed that the government would go after firms operating in such manner in the country.