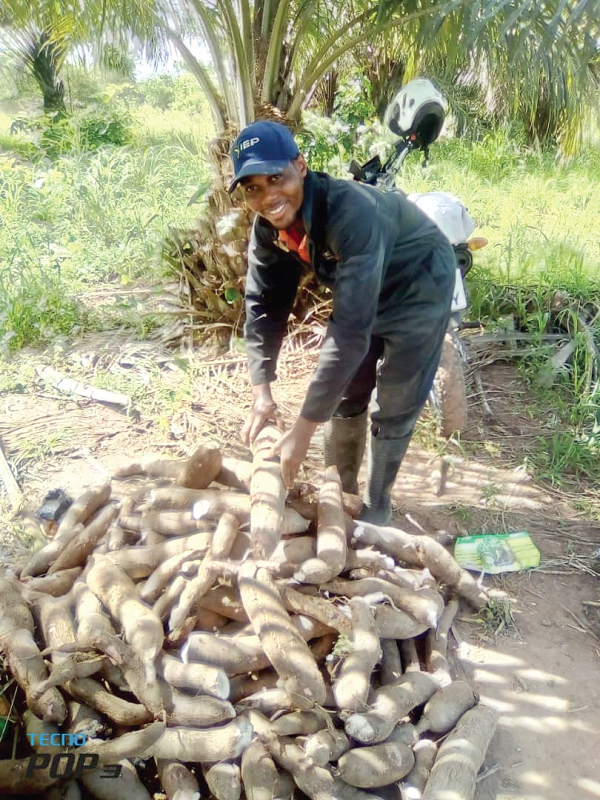 The agriculture sector has enough prospects to offer decent livelihoods to the youth, so they should be motivated to take up farming and farm-related businesses, some stakeholders have proposed.

They recommend that Ghana has a massive youth resource that could be tapped to aid agricultural reforms and so youth involvement in agriculture should be considered as important to reforms in the sector aimed at improving productivity.

The stakeholders advocate that efforts should be made to dismantle barriers to youth participation in the sector.

They said if young farmers were equipped with the requisite skills, loans were facilitated for inputs such as seed and fertiliser for crop production, fingerlings for aquaculture and links provided for them to market their products, they would be attracted into agriculture.

Their recommendations are contained in the Ghana Census of Agriculture (GCA), 2017/2018.

It also recommends the promotion of agriculture as a viable business among the youth.

It says they should be attracted, especially those with tertiary level education, among whom unemployment was high.

The report shows a low participation in agriculture among the youth and stated that it was important to bring them on board in order to promote diversity and complementarity.

“The full potentials of agriculture in employment, food security, foreign exchange earnings, wealth and investment outcomes are not being realised considering the current modes of operation and characteristics of the persons and institutions engaged in agriculture.

“Therefore, there is the need to address some issues such as adoption of new technologies, low productivity in agriculture and lack of resources, among others that have plagued the agriculture sector to attract more people and investments into agriculture,” it said.

The United Nations (UN) defines youth as persons aged 15 to 24 and the National Youth Policy of Ghana 15 to 35 years.

To encourage youth participation in agric in the wake of an ageing agric population, the Ghana Export Promotion Authority (GEPA), in collaboration with the Youth Employment Agency (YEA), is implementing the Youth in Export Programme (YiEP) to encourage the youth, particularly those who have completed tertiary school, to take up agric for export as a career.

The YiEP is aimed at attracting the youth in agricultural crop production communities to take up farming as export business with a view to increasing the number of Ghana’s youthful and educated population that are attracted to the agricultural export sector.

It is also designed to be an avenue for the youth to earn decent incomes from agriculture and other exports, thus putting them on the pedestal to become self-employed.

Organisers said the pilot phase of the programme, implemented by the GEPA and the YEA, was aimed at building the capacity of the youth who are interested in agriculture to take farming as a serious enterprise, to be gainfully employed and to employ other youth.

Above all, it is to groom beneficiaries to become exporters, thereby contribute to the expected growth of the export sector in line with the National Export Development Strategy (NEDS).

The first batch of beneficiaries of the YiEP have completed their six-months training.

They were selected from about 67 applicants for the pilot phase of the YiEP, dubbed: “Youth in Farming and Export of Agricultural Products.”

The 20 trainees were selected across the Eastern, Central and Volta regions and were attached to experienced exporters (mentors) in the horticultural sector who gave each of them practical on-field training in the production of pineapple, papaya and vegetables (chili, okra and aubergine) with focus on the export market.

As part of the assistance to pioneers of the YiEP, they are being provided funds to lease and prepare an acre of land each ready to start their agri-business journey.

They are also being supplied with inputs such as seeds and suckers, fertilisers, agro-chemicals, irrigation facilities among others.

Also, their mentors are committed to off-take all their “first fruits” and all their subsequent harvests until they are mature enough to start their own export operations.

At a closing ceremony for the trainees in Accra, the Chief Executive Officer (CEO) of the GEPA, Dr Afua Asabea Asare, gave an assurance that the authority was committed to continue the programme and expand it to benefit more of the teeming youth.

“I commend you the “graduates” for completing the course and making us all proud.

We hope that you are all poised and ready for the long haul.

The GEPA will be monitoring closely your activities and providing the necessary technical support to ensure that you succeed,” she said.

The Deputy Minister of Trade and Industry, Mr Hebert Krapa, while commending the beneficiaries, also urged them to see the opportunity offered them as a stepping stone.

“Your main achievement is ahead of you provided you will remain dedicated to the course and build internal resilience for the obstacles ahead,” he said.

A beneficiary of the YiEP, CEO and Founder of Anyomi Farms at Kpando in the Volta Region, Mr Joseph Mr Joseph Anyomi Quaicoo, said he was happy about the assurance of access to market for their produce.

“I believe it will go a long way to help me create job for myself and others.

I recommend that young people who were already in the field and excelling should be projected so that other people will be inspired,” he said.