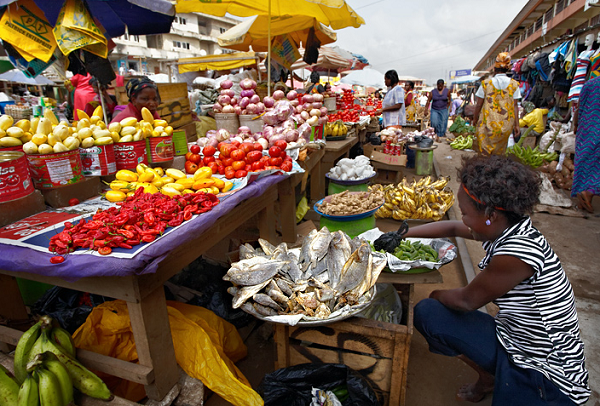 The Producer Price Inflation (PPI) rate rose to 21.4 per cent, in February.

This represents a 4.6 percentage points increase over the January figure of 16.8 per cent.

The Producer Price Inflation measures the average change over time in the prices received by domestic producers for the production of their goods and services.

The Government Statistician, Professor Samuel Kobina Annim, who announced this last Wednesday noted that the February PPI was driven by increases in the mining and quarrying, and the manufacturing sub-sectors.

The PPI in the mining and quarrying sub-sector increased by 11.6 percentage points over the January 2022 rate of 2.2 per cent to record 13.8 per cent in February.

That of the manufacturing sub-sector, which constitutes more than two-thirds of the total industry, also increased by four percentage points to end at 28.8 per cent.

The utility sub-sector recorded the lowest PPI rate of 0.5 per cent for February.

Subsequently, the rate increased continuously to a record 21.4 per cent in February 2022.

In the period under review, two out of the 16 major groups in the manufacturing sub-sector recorded PPI rates higher than the sector average of 28.8 per cent.

Manufacture of coke, refined petroleum products and nuclear fuel recorded the highest PPI rate of 44.3 per cent, while the publishing, printing and reproduction of recorded media registered the least inflation rate of 2.6 per cent.

The producer inflation rate in the petroleum subsector was 13.7 per cent in February 2021.

Subsequently, it increased again continuously to record 58.4 per cent in November 2021, but dropped to 35 per cent in January 2022.

The PPI provides a weighted average of the price changes in a group of products between one time period and another. The average price change over time cannot be directly observed and must be estimated by measuring actual prices at different points in time.

According to an International Monetary Fund (IMF) report, price index numbers are compiled from the collected price observations through time; their significance lies in a series of index numbers referencing the comparison prices between a particular period and a reference base. For an index to provide information on price changes, at least two index numbers from the same series need to be available, and these index numbers must relate to the same basket of goods.

PPI prices should be actual transaction prices, which can be directly recorded. The price should be recorded at the time when the transaction occurs (ownership changes) rather than when the goods are ordered, which in certain cases can be significantly different.

It must be noted that whenever the PPI rises, it impacts the Consumer Price Index (CPI) which is used in the calculation of inflation, the rate at which the prices of goods and services change over a given period. This is because when producers face input inflation, the increases in their production costs are passed on to retailers and consumers.