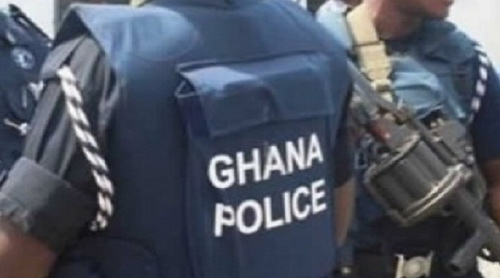 The body of the police constable, whose identity the police hierarchy seeks to withhold, has since been deposited at the West Gonja Municipal Hospital in Damongo pending medical investigation.

The statement said the police administration had also started processes to inform the family of the deceased and assured the public that it would provide the necessary updates on the matter in the course of time.

Meanwhile, the Savannah Regional Police Command declined to comment on the matter when the Daily Graphic contacted the office.

The Daily Graphic has gathered that the deceased, believed to be in her early 20s, hailed from Obuasi in the Ashanti Region.

The supposed boyfriend, the paper has gathered, is also from Obuasi, and had come to live with the policewoman at her residence in Damongo in the neighbourhood of the regional police headquarters.

A reliable source said on Saturday, July 31, 2021, the policewoman reported for duty in the morning and was said to have taken part in a general fatigue. It turned out to be the last time she was seen.

The source said the policewoman was supposed to be on night duty the following day, last Sunday, but did not show up and so the officer in charge, together with one other person, went to her residence to check on her, but they saw her door locked with a padlock.

With still no news of her whereabouts, some officers were sent to her residence again to check on her yesterday morning and upon the prompting of another resident about a supposed foul odour emanating from her room, her door was forced open and she was found lying in a pool of blood with multiple knife wounds on her body.