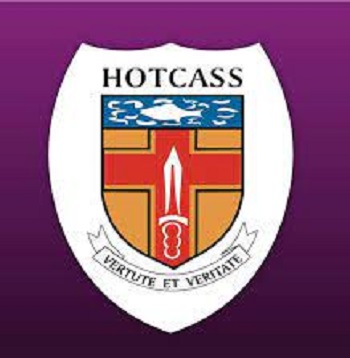 The Greater Accra Regional Peace Council (GARPC) has inaugurated a Peace Ambassadors Club among students of the Holy Trinity Cathedral Senior High School (HOTCASS) in Accra as advocates of peace.

The event also doubled as a workshop on conflict prevention and violent extremism.

The Chairman of the GARPC, the Rt Rev. Samuel K. Osabutey, said although Ghana was the third most peaceful country in Africa, violence occurred from time to time across ethnic, religious, economic and political divides, with the youth at the forefront of these violence and stressed the need for a sense of peace to be instilled in the youth.

"The youth are viable resources for spreading both positive and negative energies. In Ghana and across the African continent, the youth are used by selfish politicians to perpetuate various dangerous activities, both to themselves and their society. The youth are recruited to indulge in activities of hooliganism, political violence, child soldiers, among others," he said.

The regional peace council offices in Greater Accra, Ashanti and Ahafo regions won a project grant from the Commonwealth Secretariat last September to set up peace ambassadors clubs in some senior high schools in their respective regions.

It was upon this that the Greater Accra office inaugurated the HOTCASS club.

The project would run for a year, with students to be sensitised to conflict prevention and violent extremism, early warning, principles of dialogue, consensus-building and conflict analysis.

Rt Rev. Osabutey stated that the club was to inculcate the necessary attitudes and behaviours for sustainable peace among the students in their communities and the country at large.

He said club was also to "promote the use of non-violent ways of resolving conflicts in schools, train students on how to identify early warning signs, sensitise students to the effects of violent extremism and ways to combat it, and strengthen the capacity of students to act as peer mediators".

The Headmaster of HOTCASS, William D. Agyei, said the exercise was necessary, especially in the external community.

He said the new club initiative should be inculcated in the social studies subject so that all students would have some knowledge of what peace building and conflict management were about.

“We should put it under social studies so that every student can be exposed to it,” Mr Adjei said.

The Girls’ Prefect of the school, Stacy Kyere, in an interview, expressed gratitude that the school had been selected for the pilot programme.

The club, she said, would instill in students a sense of peace, adding that these students would go to their various homes and communities and impact their colleagues, which would improve the peace and stability the nation enjoyed.

She advised the youth to "look out for peace, let go of conflicts and misunderstandings, and look out to securing a future", adding that a country with conflicts had no chance of progress.