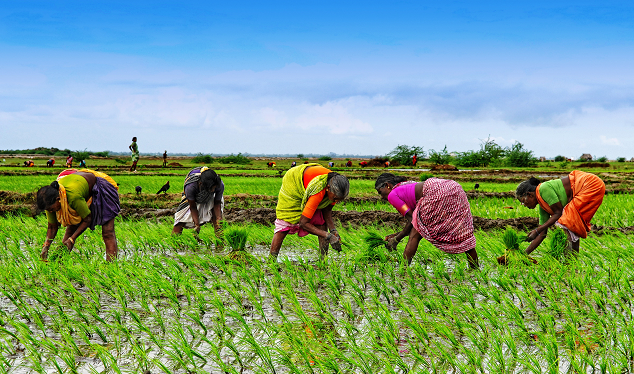 A former Director of the Council for Scientific and Industrial Research (CSIR), Professor Hans Adu-Daapah, has called for the immediate passage of the Plant Breeders Bill by Parliament to address food and nutrition insecurity in the country.

He said currently, expensive activities of various crop research institutions were donor-funded, a situation that empowered donors to dictate what “their money should be used for and what crops to work on”.

He described the situation as unfortunate since research institutions often had to abandon research work at critical stages whenever donor funds ran out.

“Lack of funding is largely contributing to the extinction of most viable indigenous crops due to lack of research on how to improve their quality. Therefore, if the Plant Breeders Bill is passed and there is money in the system, we can work on all crops and decide what to do ourselves and not what donors tell us to do,” he stated.

Delivering a lecture on the topic, “Achieving food and nutrition security through plant breeding in Accra” yesterday, Prof. Adu-Daapah said, “Plant-breeding activities are expensive and as a nation, we need to put our money where our mouth is.”

The Plant Breeders Bill, which was put before Parliament in 2013, went through the first and second consideration stages but was put on hold at the third stage when a pressure group, Food Sovereignty Ghana (FSG), raised alarm that the passage of the bill would lead to the imposition of genetically modified organisms (GMOs) into the food chain in Ghana.
The FSG had argued that the introduction of GMOs would lead to commercial exploit of the poor farmers and, therefore, urged Parliament to defer debate on the bill to allow public consultations to be undertaken prior to the introduction of GMOs in Ghana.

Prof. Adu-Daapah touted the government's Planting for Food and Jobs programme as a good initiative that could help address food insecurity and malnutrition in the country.

He, however, said the lack of adequate improved seed varieties could undermine all efforts to boost food productivity in the country due to the non-passage of the Plant Breeders Bill.

He pointed out that currently, food insecurity was predominant in many parts of the world, especially in developing nations.

“It is estimated that 70 per cent food production is needed by 2050 in order to meet the declaration of the world summit on food security. It is also estimated that by 2050, the world’s population will be nine billion and 12 billion in 2100.

“Much of these estimated population will be concentrated in poor countries, many of which are in Africa,” he said, explaining that by 2020, the number of food insecure people in sub-Saharan Africa alone was projected to be 500 million out of a population of one billion.

Prof. Adu-Daapah, who is the current Head of Plant Breeding and Biotechnology Programme of the CSIR, pointed out that agriculture had a crucial role to play in promoting growth and poverty reduction.

“Ghana needs an agricultural revolution based on productivity growth to lift millions of Ghanaians out of poverty and improve rural livelihood incomes,” he stated.