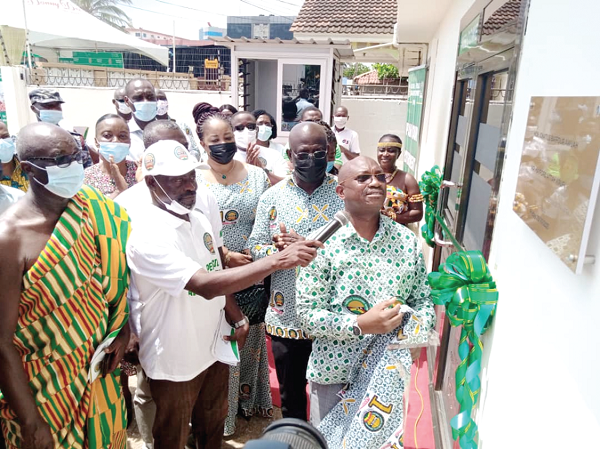 The National Pensions Regulatory Authority (NPRA) has opened its fifth zonal office in Tema to decentralise its activities, deepen awareness of pension issues among workers and its stakeholders.

Prior to opening the office in the industrial city, employers and employees had to travel to Accra to access the services of the authority.

Speaking at the ceremony ???today (Friday, October 29, 2021)???, a Deputy Minister of Labour and Employment Relations, Mr Bright Wereko-Brobbey, urged informal sector workers in Tema and its environs to take advantage of the Third-Tier Voluntary Provident Fund and the Personal Pension Scheme to secure income when they are pensioned.

He said out of the over 11 million workforce in the country, more than nine million were engaged in the informal sector but unfortunately, most of them were not registered on any form of pension

He, therefore, entreated the NPRA to reach out to those people and get them registered in order to secure their future.

The Chief Executive Officer of the NPRA, Mr Hayford Attah Krufi, said over the past 10 years, the authority had worked tirelessly to ensure that workers in the informal sector of the economy were enrolled onto a pension scheme to enable them to enjoy pension payments when they retired from active work.

The CEO said in spite of the difficulties and challenges, the authority, with the support of all stakeholders, continued to work in building a robust pension industry in Ghana, adding that the opening of the Tema Zonal Office was one of such steps aimed at bringing pension administration closer to all stakeholders.

He said Tema, an industrial city, was home to a number of businesses both in the formal and informal sector, but drive for pension in the informal sector had been abysmally low.

Mr Attah Krufi said the organisation was dedicated to safeguard pension funds and that the NPRA.

With the setting up of an office in Tema, the authority had moved a step closer to sensitise the public, irrespective of the trade they plied, on matters related to the various pension schemes.

The Member of Parliament for Tema East, Mr Isaac Ashai Odamttem, commended the management of the NPRA for expanding its services to Tema and urged them to be proactive by sensitising employers and employees to comply with the Pension Act 2008 (Act 766)