No licence for cannabis business yet — Narcotics Control Commission 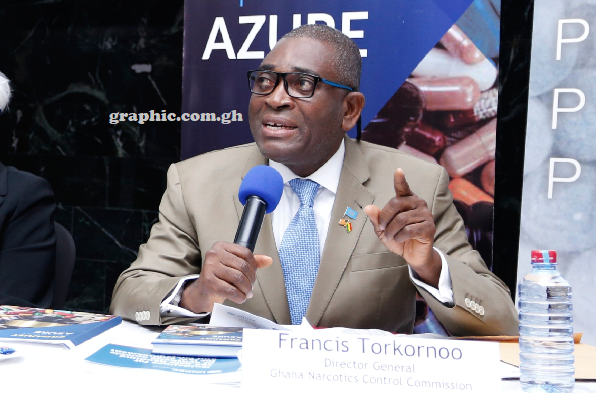 It said it had not granted licence to any entity or individual to either establish or promote any business related to a narcotic drug or narcotic plant upon the passage of the said bill.

He said until a related Legislative Instrument (LI) is approved by Parliament, no one could legitimately do business in narcotic plants or drugs in the country.

“The Narcotics Control Commission has since the passage of Act 1019 observed an increased activity relating to the promotion of some narcotic drugs and plants in the country. It is to be noted that activities aimed at promoting a narcotic drug or plant constitute an offence under sections 38 and 42 of Act 1019,” it said in a notice published in the Monday, November 1, 2021, edition of the Daily Graphic.

The Public Relations Officer of the commission, Mr Francis Opoku-Amoah, subsequently told the Daily Graphic that the commission had been inundated with enquiries about the cultivation of cannabis, especially after the passage of the bill.

“There was no blank cheque to (the public) to do whatever they wanted as far as the cultivation, among other things, of cannabis was concerned,” he said.

Already, he said, some had applied awaiting the operationalisation of the Legislative Instrument on Section 43 of the law.

Section 38(2) of Act 1019 states that: “A person who without lawful authority sells, trades in, purchases, traffics or undertakes an activity for the purpose of establishing or promoting an enterprise relating to narcotic drugs commits an offence”.

Similarly, Section 42(2) of Act 1019 states that: “A person who without lawful authority undertakes an activity for the purpose of establishing or promoting an enterprise relating to narcotic plants commits an offence”.

Mr Opoku-Amoah said although Section 43 was in existence, the public would need to utilise it under a lawful authority by acquiring the licence that would allow them to cultivate the hemp to 0.3 per cent tetrahydrocannabinol (THC) content and not any other hemp for recreational purpose.

“People have applied anyway awaiting the passage of the LI. So what we are saying is that you cannot carry on any (related) activity without a licence. This is because if you don’t have full authority and you undertake such activities (sales, trading, purchase, traffic) or undertake any activity for the purposes of establishing or promoting an enterprise relating to narcotic drugs, it amounts to an offence,” he emphasised.

He said once the LI, which was receiving attention in Parliament, was in place, all the applications would be processed to issue the permit and licence for the cultivation of hemp that is 0.3 THC content for industrial purposes and medicinal use.

“Anybody who then engages in the cultivation of the recreational cannabis, which normally has a higher THC content, will be dealt with,” he added.