National Coordinator of School Feeding Programme exonerated but laid off 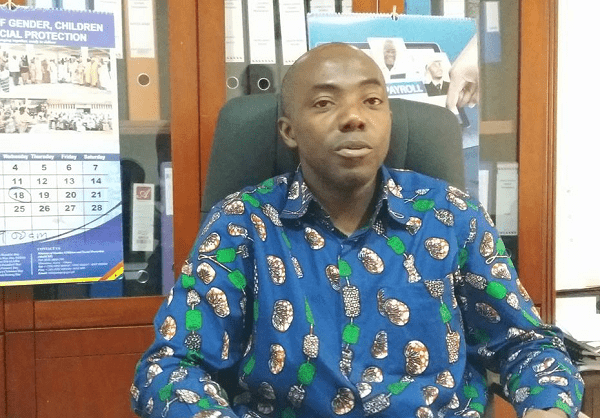 The former National Coordinator of the Ghana School Feeding Programme (GSFP), Dr Kwame Adu-Nsiah, who was exonerated from allegations of “fictitious deals” in the management of the programme, has been laid off.

In his place, Mrs Gertrude Quashigah, who has been acting in that position for about a year, has been confirmed as the substantive national coordinator of the programme.

Dr Adu-Nsiah was suspended in December, 2018 over allegations that he had supervised “fictitious deals” in the management of the school feeding programme.

However, a committee that was set up by President Nana Addo Dankwa Akufo-Addo to probe the issue exonerated him from any wrongdoing after almost one year of investigation.

The committee, which was chaired by the Senior Minister, Mr Yaw Osafo-Maafo, recommended that he should be reinstated with all his entitlements restored to him.

Alternatively, the committee said Dr Adu-Nsiah could be taken back to the Trust Hospital, from where he was seconded to the GSFP or be reassigned to another institution within the public sector.

Four months after the committee submitted its report, checks by the Daily Graphic revealed that Dr Adu-Nsiah had been laid off from the GSFP but he had not been taken back to the Trust Hospital or reassigned to any public institution.

Daily Graphic also found out that, a letter dated December 24, 2019, from the Presidency and signed by the Executive Secretary to the President, Nana Bediatuo Asante, confirmed Mrs Quashigah as the substantive coordinator.

When contacted, Dr Adu-Nsiah confirmed that he had been officially laid off from the GSFP and was waiting for any directives on the next line of action.

“They have communicated to me officially to move out of office and I have done so. I have not been asked to go back to the Trust Hospital or reassigned. I am still waiting to see what will happen,” he said.

For his part, the head of Public Relations at the GSFP, Mr Siiba Alfa, described the appointment of a substantive coordinator as “good news” because “it has brought closure to the brouhaha surrounding the school feeding programme.”

“Mrs Gertrude Quashigah has been acting as the coordinator of the GSFP since the beginning of 2019 when these issues were ongoing so the confirmation is a big boost to the effective management of the programme,” he said.

He called on all stakeholders to give Dr Quashigah the necessary support to manage the GSFP in a manner that would make the desired impact on the beneficiaries.

Meanwhile, caterers under the GSFP have expressed concerns about the delay in payment for meals cooked, saying that the development has made it difficult for them to feed the children.

Some of them, who spoke to the Daily Graphic from the Greater Accra, Volta and Oti regions, said they were owed salaries between six and nine months.

They said they were being harassed by their creditors over unpaid debts.

However, Mr Alfa assured the caterers that pragmatic steps were being taken to pay all salaries owed them.

"We have paid the caterers up to the third tern of the 2018/19 academic year. There are a few who may not have received the money because of documentation issues but about 99 per cent have received it.

"We want to assure them that we are processing the data for the first term of the 2019/2020 academic year so they will be paid very soon," he said.

Dr Adu-Nsiah was suspended over allegations of involvement in alleged "fictitious deals" in the payment of caterers of the programme.

He was asked to step aside on December 13, 2018 after a National Security investigation reportedly implicated him in what was described as “fraudulent deals” in the running of the feeding programme.

A letter addressed to the then coordinator, signed by the Minister for Gender, Children and Social Protection (MGCSP), Ms Cynthia Morrison, and dated December 13, 2018 accused him of inflating figures on schools under the programme.

He was subsequently directed to hand over to his deputy by the close of Friday, December 14, 2018.

Following his suspension, President Nana Addo Dankwa Akufo-Addo set up a three-member team under the chairmanship of the Senior Minister, Mr Yaw Osafo-Maafo, to investigate the matter.