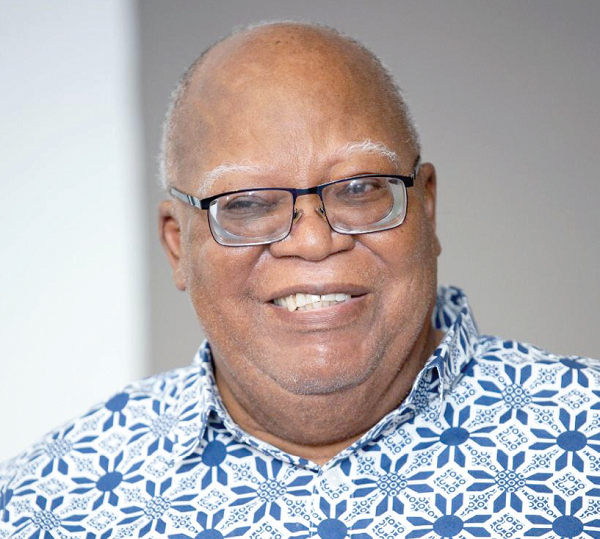 A former mayor of the Accra Metropolitan Assembly (AMA), Mr Nathaniel Nuno-Amarteifio, has passed on after a short illness, his family has announced.

Mr Nuno-Amarteifio was appointed the mayor of Accra between 1994 and 1998 during former President Jerry John Rawlings’ administration.

It was during his tenure that Sister City relations sprung up between Accra and cities such as Chicago and others. He established trade and investment opportunities as well as cultural exchanges with several members of the creative and business communities in the Accra Sister Cities programme. Mr Nat Nuno-Amarteifio remained an ardent supporter of the Creative Industries until his demise and gave his last speech at a ceremony held at the PROPAGHANAart exhibition on the 14th December at the Museum of Science and Technology.

A condolence book will be opened on 3rd January 2022, Wednesdays and Fridays, from 12 to 5pm at 24, 3rd Circular Rd, the home of Major Amarkai Amarteifio, former Swedish Consul and head of the Amarteifio Family.

When he left office as the city’s mayor, he became a lecturer on urban management and contemporary Ghanaian art and culture.

Being an architect, historian and a writer, Mr Nuno-Amarteifio authored the book, History of Architecture in Accra (1920-1945).

Once domiciled in the United States and Canada, where he worked, the former mayor returned to the country and practised as an architect and consultant.

In June 2009, he undertook a photographic exhibition with Kofi Setordji, the renowned Ghanaian sculptor and painter, under the banner “Architectural History of Accra”.

The exhibition, which used black and white photographs, showcased landmark buildings that were erected between 1920 and 1930.

He was reputed to have started the comprehensive development plan of Accra, which was meant to make it one of the most beautiful cities in the world.

Mr Nuno-Amarteifio studied for eight years at the Government Boys School in Accra.

Between 1957 and 1964, he attended the Achimota School where he had his secondary and ‘sixth form’ education.

He proceeded to study architecture at the Howard University in Washington DC from 1964 to 1969 for his Bachelor of Science degree.

He also pursued his master’s degree at the Pratt Institute in Brooklyn, New York, USA.

Being an old student of the Achimota School in Accra, he was one of the students of the school who welcomed world leaders who visited Ghana in the past.

Such leaders included the Queen of England, President Richard Nixon of the USA; President Leonid Brezhnev of the USSR and President Felix Houphouet-Boigny of Cote d’Ivoire.

Other world leaders included Emperor Haile Selassie of Ethiopia and President Marshal Tito of Yugoslavia when they visited.