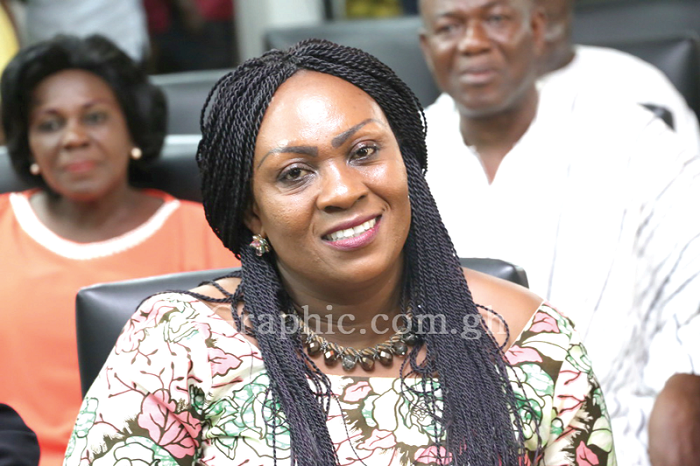 The Ministry of Fisheries and Aquaculture Development has recommended that the annual closed season should be implemented between July and September in the coming years instead of the existing schedule from July and August.

Also, it has proposed for consideration, an additional one-month closed season for all fleet during the minor upwelling season of December to February in future, based on the scientific evidence and recommendations.

The Ministry, however, indicated that the final decision to implement an additional one month closed fishing season during the minor upwelling period should be made in consultation with fisheries stakeholders.

The recommendation follows the outcome of a survey on the impact of the 2021 fishing closed season for artisanal and semi-industrial vessels which was observed between July 1 and August 31, 2021.

The survey established that the months July and August fall within the peak spawning period in Ghana's waters.

Fish spawning is an external technique of reproducing where the female launches lots of unfertilised eggs into the water.

At the exact same time, a male or lots of males launch a great deal of sperm into the water which fertilises a few of these eggs.

The sector Minister, Mavis Hawa Koomson at a press conference in Accra to share a report on the 2021 closed fishing season conducted in all the four coastal regions, highlighted the gains, challenges and the way forward of the activity.

"To a large extent the 2021 fishing closed season was successful. Compliance by the Industrial Trawlers and Inshore Fleet was about 100 per cent while that of Artisanal was 90 per cent", she said.

The Minister said the few artisanal fishers arrested for flouting the rules had been dealt with in accordance with the law.

She said the objectives for the implementation of the family shing closed season was to allow recovery of overexploited fish stocks and allow the rebuilding of depleted fish stocks.

It was also to reduce the high pressure on the stocks and allow the fish to maximise its recruitment potential during the annual peak spawning period before fishermen could harvest them.

She said the 2021 closed fishing season was implemented from July 1 to July 31, 2021 for the Artisanal and the Semi-industrial fleets and for the Industrial trawl fleet from July 1 to August 31, 2021.

In 2019, the closed fishing season was observed from May 15 to June 15, 2019 for the Artisanal and Semi-industrial sector as the fishers were against it being observed during the major upwelling season which is July to September.

The Industrial trawl sector observed the 2019 closed season from August 1 to September 30, 2019.

In 2020, the fishing closed season was not observed as a result of the impacts of COVID-19 pandemic.

To monitor the success of the 2021 fishing closed season, Mrs Koomson said a survey was carried out with focus on assessing the socio-economic effects of the exercise; analyses of fish catch data; and biological studies of some commercially important fish species.

She said the socio-economic survey, which was participated by 211 fishers, revealed that fishers had embraced the fishing closed season as a management tool for sustained fishery.

However, 40 per cent of the respondents did not agree with the closure of the sea in the month of July but opted for the month of May.

Most fishers, she said, representing 81 per cent of the respondents indicated that fishing was their only source of livelihood while 93 percent of them want the government to provide support to all fishers during fishing closed seasons.

"Most fishers indicated that they landed varying quantities of different types of fish species and that fish catches increased immediately after the closure was lifted," said Mrs Hawa Koomson.

During the analyses of fish catch data, she said it was found that the 2021 closed season in July 2021 yielded more fish catch for both artisanal and semi-industrial fleet than catches in the same August period in 2020 where there was no closed season.

It was also found that the 2019 closed fishing season observed from May 15 to June 15, 2019, yielded more fish catch for both artisanal and semi-industrial fleets than catches in the same July period in 2020 where there was no closed season.

These periods were found to represent the period with greater spawning activity for both small pelagic and demersal species.

The fisheries sector, she said played a significant role in the lives of fishers, processors and consumers. The sector she said was considered one of the major economic activities in the country as it contributed to job provision, food security, nutritional satisfaction and the economy as a whole

It was therefore necessary that measures are put in place to safe guard the fishing industry to ensure continuous contribution to socio-economic development in the fishing communities in particular and the nation as a whole, said the Minister.

One of such measures, she said was the observance of closed fishing seasons in line with section 84 of the Fisheries Act 625.