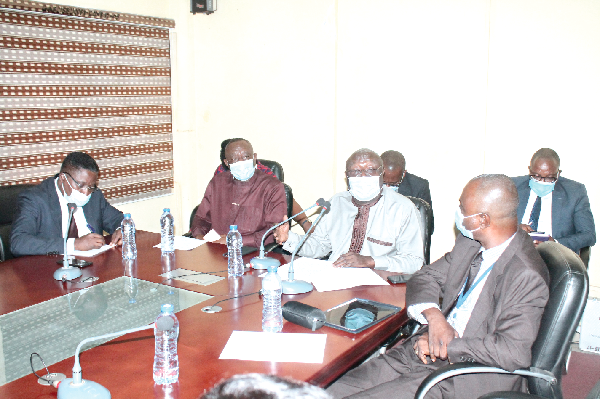 Fears about Ghana's ability to manage and overcome safety issues associated with nuclear power are "overblown" and "without foundation", the Minister of Environment, Science, Technology and Innovation, Dr Kwaku Afriyie, has said.

A substantial bloc of public opinion opposes Ghana's decision to venture into nuclear power, citing risk of radiation and preparedness towards management of nuclear disasters, among other safety concerns, as basis for the fear.

However, speaking with journalists at the commemoration of the Africa Scientific Renaissance Day (ASRD) at Haatso near Accra yesterday , Dr Afriyie allayed the fears of the citizenry, stressing that nuclear power was very safe and that its benefits far outweighed the dangers.

He explained that Ghana had “a very good track record of using atomic energy”, adding that "we have a good record as far as nuclear safety is concerned."

He said the country also had the human capacity and the skills set to deal with any danger that might rear its head as the country moved to generate power from nuclear technology by 2029.

He added that "If South Korea, Pakistan and other countries can do it, we certainly can do."

Dr Afriyie said the ministry was aware of the fears and would, therefore, intensify public education on the subject to deepen public understanding and appreciation of nuclear power.

The ASRD was instituted in 1987 for African nations to reflect the continent’s contribution to the development of modern science and technology. The day is celebrated on June 30 every year.

This year’s celebration, which was organised by the Ghana Atomic Energy Commission (GAEC), was on the theme: “Ghana’s readiness for nuclear power.”

Speaking at the event, Dr Afriyie urged all stakeholders in the nuclear power industry to exhibit high level of professionalism as government intensified efforts to ensure that the country established its nuclear power plant by 2029.

The Deputy Director-General of the Council for Scientific and Industrial Research (CSIR), Professor Paul Bosu, said the development of Ghana’s energy infrastructure was an important step towards meeting the sustainable development goals to facilitate social and economic development.

He said the country continued to intensify efforts to tap into the benefits of nuclear energy, stressing that Ghana’s vision to harness atomic energy to fuel its development existed since the time the country attained independence.

For his part, the Director of the Nuclear Power Institute, Dr Seth Kofi Debrah, said it was feasible for the country to establish a nuclear power plant by 2029, stressing that the Ghana had the right human resource and expertise to champion the agenda.

“We have a road map. The first phase assessment of the project has gone very well. What we are doing now is the second phase and we are going by the plan that we have put in place. So in terms of meeting the timelines, we are very positive,” he said.