Man stabs cousin to death over a woman 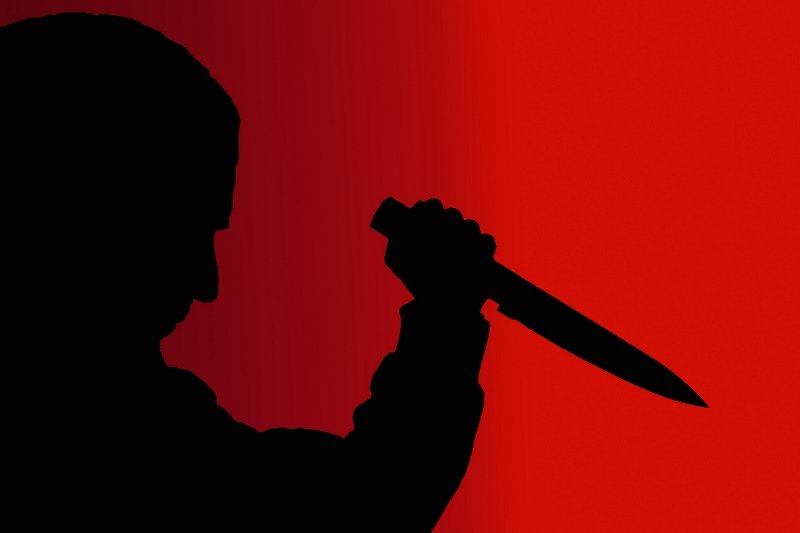 The Kaneshie District Court has remanded into police custody, an unemployed man, Godwin Kotey, for allegedly stabbing his cousin to death.

The accused, a married man, is said to have stabbed Frederick Nii Okaijah Oko Sackey in the chest after a series of confrontations over his (Kotey) girlfriend.

He has provisionally been charged with murder and has been asked to reappear on December 17 by the court presided over by Ms Rosemond Agyiri.

Prosecuting, Inspector Ebenezer Teye-Okuffo told the court that, Kotey lived with the deceased in their family house at Salaga Market area, near James Town in Accra.

He said in June this year, the accused moved out of the family house to Accra City Car Park area.

He further told the court that besides his wife, Kotey had a girlfriend known as Victoria Sabbah, who also stayed with him in their family house.

Inspector Teye-Okuffo said Kotey however asked Sackey to put up with Victoria since he was moving out of the family house; but later became suspicious that the deceased was having an amorous relationship with his lover and this generated into series of confrontation between them.

According to the Prosecution, sometime in October this year, the deceased sacked Victoria from his room because of the accusations levelled against him by Kotey.

He said Victoria then went and lodged with Kotey, while Sackey also left the family house to live at the Accra Arts Centre area.

The Prosecution said earlier this month the accused had a misunderstanding with Victoria and drove her away, so she went and pleaded with the deceased to accommodate her.

He said Kotey on hearing that, again accused Sackey of having a secret love affair with Victoria, and for that reason the deceased again sacked Victoria from his place of abode.

The prosecution said Kotey confronted the deceased on phone about why some of his lover’s belongings were in his room.

He said the accused then picked up a screwdriver and went in search of Sackey and on meeting him, engaged him in an intense argument and subsequently stabbed him in the chest with the screwdriver and bolted.

He said witnesses around rushed Sackey to the Korle-Bu Teaching Hospital for treatment but he was pronounced dead on arrival.

The Prosecution said the witnesses later apprehended Kotey and handed him over to the Police.