Man acquitted after 13 years in jail 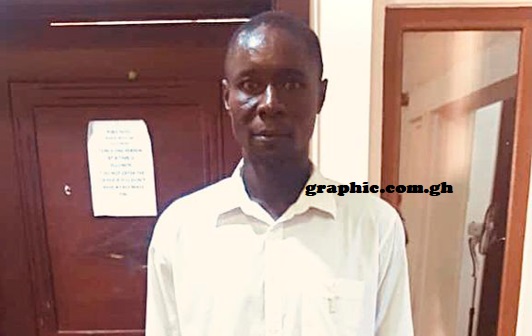 The Court of Appeal has acquitted and discharged a 39-year-old man who spent 13 years in jail after being convicted for robbery by the Accra Circuit Court.

Mr George Agbeko Agbeshie, who was serving a 25-year jail term, was set free after the court held that the evidence used to convict him could not be sustained in law because it did not prove that he (Agbeshie) was involved in the robbery.

According to the court, the testimonies given by the key prosecution witnesses were weightless and inconsistent, while the prosecution also failed to prove its case beyond reasonable doubt to warrant the conviction of Mr Agbeshie.

Consequently, a three-member panel of the second highest court of the land, presided over by Justice Senyo Dzamefe, unanimously quashed the conviction and set Mr Agbeshie free.

“The conviction is hereby quashed. The appeal succeeds and we set aside the conviction and sentence,” the court ruled.

Other members of the panel were Justices Bright Mensah and Novisi Aryene.

Agbeshie was set free following an appeal filed on his behalf by his lawyer, Mr Saani Mahmoud Abdul-Rasheed of the Legal Aid Commission.

Per the facts of the case, on August 11, 2008, four robbers broke into the home of a married couple at New Dawhenya, Tema, and attacked them.

After subjecting the couple to severe beatings, amid threats of death, the robbers made away with GH¢150, a DVD player, three mobile phones, jewelery, including wedding rings, and other valuables.

Mr Agbeshie and two others were arrested and charged with the robbery, and although they pleaded not guilty, they were found guilty and sentenced to 25 years imprisonment each in hard labour on May 24, 2010, by the Accra Circuit Court.

Mr Agbeshie maintained his innocence and subsequently appealed his conviction by the Circuit Court at the High Court, but on October 24, 2016, the Accra High Court dismissed the appeal and upheld the decision of the Circuit Court.

Dissatisfied, Mr Agbeshie filed a further appeal at the Court of Appeal on the ground that he was wrongfully convicted, arguing that he was arrested due to mistaken identity and that he had nothing to do with the robbery.

The evidence before the Court of Appeal showed that the three key witnesses — the couple and a neighbour — testified during the trial that they knew the robbers before the robbery and were able to recognise them during the robbery.

It was based on the said testimonies by the three witnesses that the Circuit Court convicted and sentenced the three accused persons, including Mr Agbeshie.

The husband, who was the first prosecution witness, had testified that three of the four robbers were not masked during the robbery and that he recognised all the three because he knew them and even knew where one resided.

For the wife, who was the third prosecution witness, she testified that all the robbers were masked but she was able to recognised the voice of Mr Agbeshie because she once intervened in a quarrel between him (Agbeshie) and a certain lady.

When asked why she waited until Mr Agbeshie was arrested before she told her husband and the police that she recognised his (Agbeshie’s) voice during the robbery, the wife said she was not well and also she did not want the information to leak, fearing that Agbeshie would escape.

Going by the testimony of the husband, the Court of Appeal wondered why the robbers would attack the couple unmasked knowing very well that the husband knew them.

With regard to the wife’s testimony, the court also wondered why Agbeshie, who was known to the wife, would not conceal his identity “only to speak so much to give himself away”.

The court concluded that the couple did not know the robbers who attacked them, an assertion which, it said, was strengthened by a testimony by the police investigator that the couple only disclosed that they knew the accused persons after an identification parade.

“We have also considered the traumatic experience of the couple at the hands of their assailants, which, in our view, could impair their judgement,” the court held.

Also, the court said its position was further fortified due to the inconsistencies in the testimonies of the couple.

“The identity of the accused persons was material. Accordingly, where the prosecution witness presented conflicting testimonies as to whether they were masked or not, that to our view is critical.

“In the instant case, while the husband testified that the robbers were not masked, his wife said they were masked,” the court said.