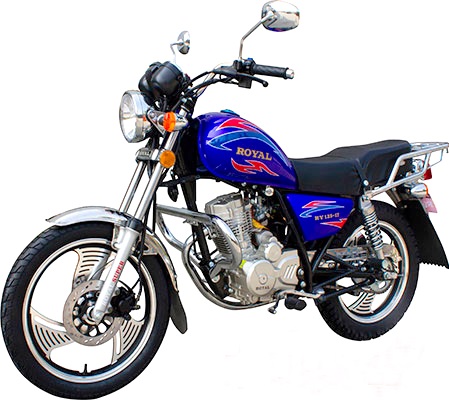 An Accra Circuit Court has convicted a 25-year-old man for robbing his victim of a motorbike valued at GH¢5,000.00.

The convict, Selasi Agorsor, pleaded guilty on his own plea and is expected to be sentenced on April 6, 2022.

The convict admitted conspiring with another (only named as Soldier), who is currently on the run, to rob Kwasi Awumissah of a black Royal 125 motorbike in his custody, which belonged to one Salisu Mohammed.

The Prosecutor, Inspector Eric Pobee, told the court, presided over by Emmanuel Essandoh, that Awumissah, the complainant, was a motorbike operator while Agorsor was unemployed and claimed to reside around the Arts Centre in Accra.

He said on March 24, 2022, at about 2240 hours, the complainant parked the motorbike with registration number M-21-GS-5215 at Okaishie where Agorsor and Soldier approached him to take them to the Independence Square in Accra.

The prosecution said the complainant obliged and picked them up but on reaching the Ministries in Accra, around the Volta River Authority bus stop, Soldier shouted and instructed the complainant to stop, which he did.

Inspector Pobee said Agorsor and Soldier suddenly pulled a pair of scissors and a knife respectively and ordered the complainant to surrender the ignition key of the motorbike but the complainant resisted, which led to a scuffle between him and Soldier.

The prosecution said the Soldier attempted several times to stab the complainant in his stomach but the knife failed to penetrate the stomach wall.

Inspector Pobee said Agorsor jumped onto the motorbike and headed towards the John Evans Atta Mills High Street in an attempt to escape from the scene.

Mr Pobee said the complainant then managed to free himself from the hands of Soldier, picked a pavement block and hit Agorsor who fell with the motorbike in the middle of the street, leading to his arrest.

The prosecutor said Soldier managed to escape and the motorbike was recovered from the crime scene with the assistance of the Ministries Police night patrol team.

The prosecution said the team also retrieved from Agorsor the pair of scissors which he used to threaten the complainant.

The prosecution said investigations revealed that the two collaborated to perpetuate the robbery.

He said Agorsor, however, failed to assist the police to arrest Soldier from his hideout and after investigations, he was charged and arraigned.