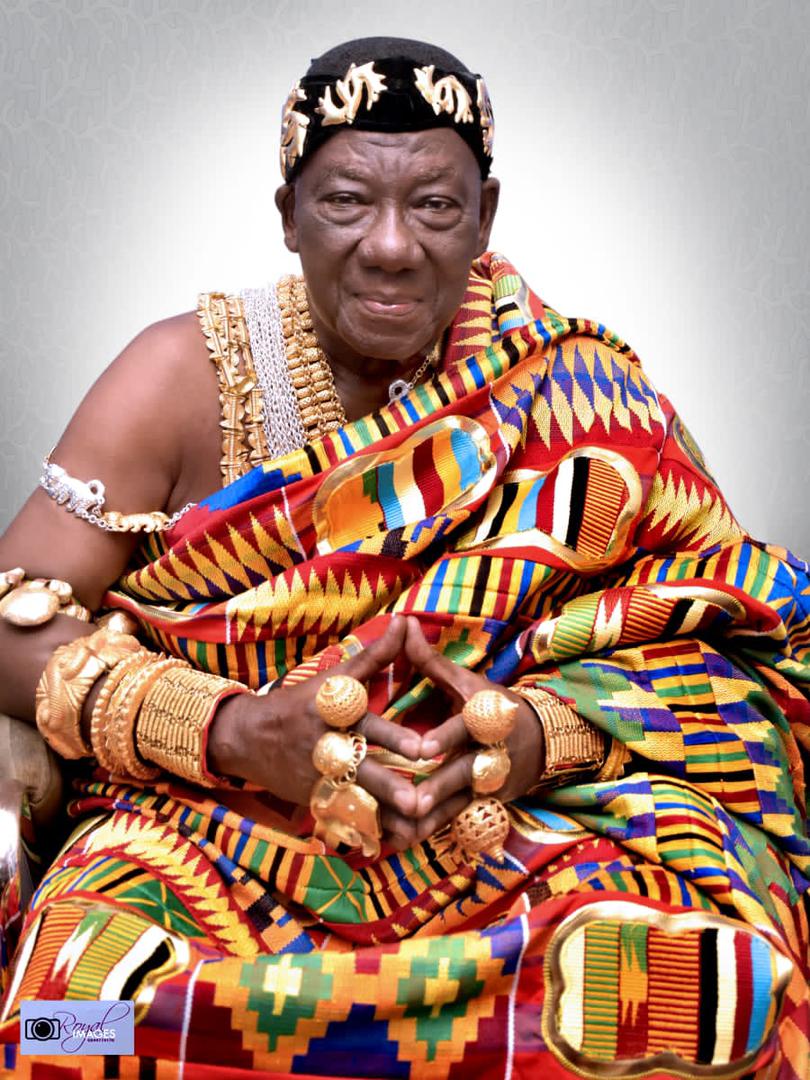 The occupant of the Silver stool in Asanteman, Daasebre Osei Bonsu II will mark his 25th anniversary on December 31, 2021.

The Asantehene, Otumfuo Osei Tutu II, together with other distinguished personalities will grace the anniversary durbar at the forecourt of the Amaniampong Silver Stool Palace.

The occasion will coincide with the 83rd birthday celebration of Daasebre Osei Bonsu II.

The occasion will attract people from all walks of life, especially Mampong citizens both home and abroad to pay homage to their Omanhene whose 25-year reign has brought about peace and stability in the traditional area.

Among activities lined-up include a Quiz competition for senior high schools in the Mampong Municipality on Monday, December 27, 2021.

There will also be a clean-up exercise on Wednesday, December 29, 2021 and a football match, which will be followed with a photo exhibition on Thursday, December 30, 2021.

On Friday, December 31, 2021, the anniversary will be climaxed with a durbar where the Mamponghene will sit in palanquin, backed by the queen of Mampong, Nana Agyakoma Difie and the chiefs in the traditional area to parade through the principal streets of Mampong.

His mother was affectionately called Teacher Mary Gyimah (one of the pioneer women educationists in the Gold Coast and pre-independence era) of the Botaase Bretuo Royal Family of Asante-Mampong.

Daasebre Osei Bonsu is a product of Prempeh College and the University of Ghana, Legon.

He has a Bachelor of Arts (BA) degree in Economics, Political Science and Modern History and holds an L.L.B. (Hons) – Law.

Before he was enstooled as Mamponghene, Daasebre was the Registrar at the Kwame Nkrumah University of Science and Technology (KNUST).

He started as an Assistant Registrar in 1972 and by dint of hard work rose through the ranks and was appointed as Registrar in 1991 till he retired in 2000.

Daasebre Osei Bonsu was enstooled on August 25, 1996 when he succeeded his uncle, Nana Atakora Amaniampong II, who had abdicated.

The ascension of Daasebre Osei Bonsu to the Amaniampong Stool brought finality to the protracted chieftaincy litigation which had spanned almost two decades.

The chieftaincy litigation brought about disaffection and intolerance among the people and eventually brought development to a halt.

Mamponghene having assumed the mantle of leadership of the Amaniampong Silver Stool in 1999 has essentially changed the face of chieftaincy in his traditional area.

Indeed, he has brought some satisfactory level of innovation, dynamism, diligence and progress to the traditional area.

Daasebre Osei Bonsu has singled-handedly sponsored a large number of brilliant, needy children in the Mampong area in some tertiary institutions and senior high schools.

Daasebre has been collaborating with both present and former governments which have provided improved water systems in the area.

The Mamponghene working in close collaboration with the Queen, Nana Agyakoma Difie and the Chiefs in the Traditional Area have been able to work with the political leaders, political parties in the area and other stakeholders and brought peace which is a core for accerelated growth and development.

The couple has one daughter, Dr Naana Mary Gyimah-Kessie, a medical practitioner.