An end to the drudgery of working on rice farms is in sight for rice farmers in the Central Region, as the Korea International Cooperation Agency (KOICA) has handed over the machinery support component of the Rice Value Chain Improvement (RVCI) project at a ceremony at Okyereko last Thursday.

Other items are a mini combined harvester, laser land leveller, knapsack sprayers and motorised mist blowers, a transplanter, a seed drill and till seed planter.

It is expected that the equipment and machinery will ease the laborious work involved in rice farming for the farmers in the five beneficiary districts under the RVCI project.

The farmers at Okyereko also received their share of certified improved AGRA rice seeds for planting.

The excitement of the farmers was palpable.

Women farmers jumped, others danced and waved clothes in excitement as the machinery was handed over to the farmer-based organisation symbolically to mark the handover of equipment to the five districts working under the RVCI project in the region.

Maame Adwoa Arkoh is one of the women farmers who danced the most about the gesture, and she told the Daily Graphic she had dreamt of the day the work would be eased by improved technology for so long and was happy to see it become a reality.

"I am not as old as I look. It is the hard menial farm work that has had its toll on me," she said.

Maame Arkoh, who is only 25, said she had cultivated rice at Okyereko over the years with almost every stage of the production, from farm to table done manually.

"Usually, you cannot do it alone and you have to get labourers to help at a cost. Harvesting an acre of rice can take three days with four people working on it.

"We can do more with the machinery here because for now we don't have problems with what we produce. Buyers come from Kumasi, Takoradi, Ashaiman and Swedru to buy the rice and the machine can help us do more," she said.

Rice farmer-based organisations at Okyereko also expressed their joy about the fact that the support in the machinery had become a reality.

The Chairman of the farmer-based organisation at Okyereko, Albert Nii Tackie, said he was grateful that farmers would move from where they used their hands for planting and harvesting to a mechanised form of farming with the machinery and equipment.

The Deputy Country Director of KOICA, Oh Seungmin?????, for his part said it was clear that rice farmers in the region were committed to transform the rice industry through work hard, to arrive at self-sufficiency in rice production for the country.

He said the provision of the agricultural equipment, which is a key component of the RVCI project, was important because it would promote the government’s mechanisation drive and thus improve production and productivity, while limiting the drudgery associated with manual and rudimentary rice farming.

"These machineries will serve as valuable assets to our beneficiary farmers to boost rice production with the potential to positively impact lives and livelihoods of these farmers at the microeconomic level. Similarly, we expect a multiplier effect and thus, a positive impact on the macro economy, considering the value of enhanced rice production and productivity," Mr Seungmin stated.

The Chief Director of the Ministry of Food and Agriculture, Robert Patrick Ankobiah, in his address indicated that the change in urbanisation and changes in the taste of Ghanaians had led to increased rice consumption, which had in effect widened the gap between local production and consumption.

The effect, he indicated, had been increased importation of rice with the country’s scarce foreign exchange and said MOFA would continue to monitor and support the project to ensure it made the needed impact, particularly to help bridge the difference between local production and consumption.

In his remarks made available to the press, the Korean Ambassador to Ghana, Lim Jung-Taek, said the RVCI in the Central Region bore a great deal of significance, considering the fact that the value of rice could not be overemphasised in terms of food security in Ghana. 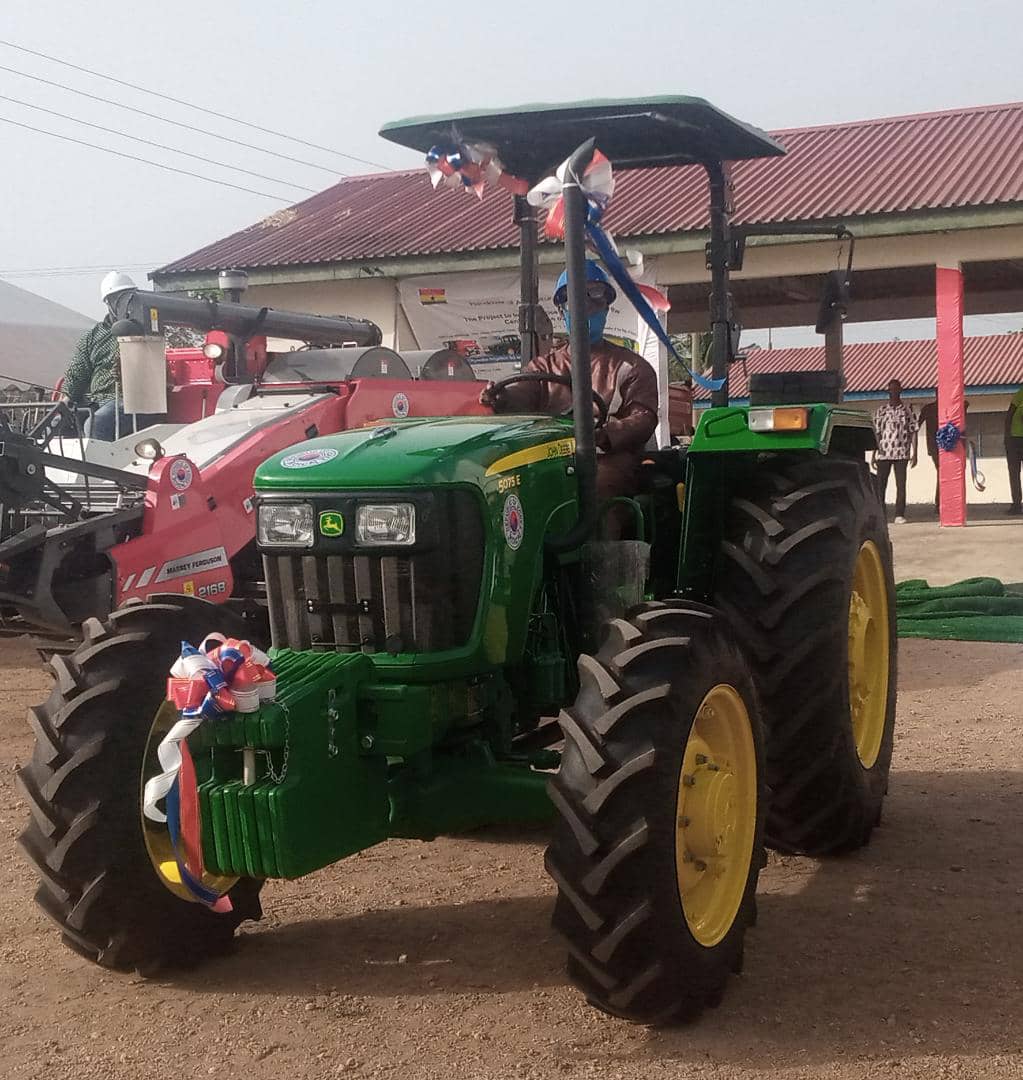 He said considering that rice was Ghana's sixth most imported product, recording more than US$1 billion worth of imports from 2017 to 2020, the project was crucial and pledged Korea's support to its success.

The Country Director for the United Nations Office for Project Services (UNOPS), which is in charge of procuring infrastructure and agriculture equipment for the project, Ifeoma Esther Charles-Monwuba, said the rice milling facility at Assin Akropong, which was also part of the project, was about 80 per cent completed and pledged commitment to the success of the programme.

The Chief Director of the Central Regional Coordinating Council (CRCC), Kingsley Agyei Boahen, stressed that the region had great potential to impact food production and security in the country.