Let us be religious tolerable – Ahokagya to Ghanaians 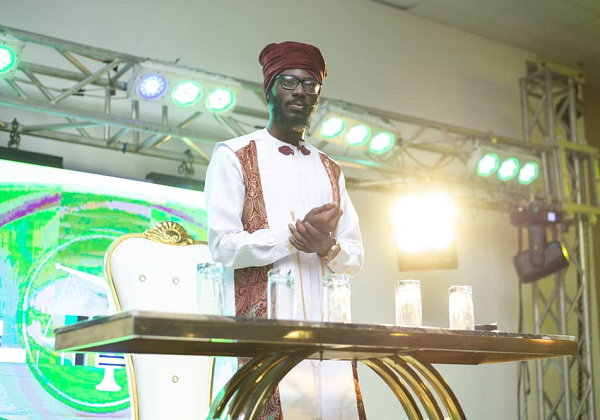 Ahokagya speaking at the spiritual event in Accra Follow @Graphicgh

The leader of Dikaios, a spiritual movement of faithful ones, Ahokagya popularly known as The Oracle, has advised Ghanaian believers of other faiths not to look down on other religious believes they do not understand their practices.

For him, talking down other people’s faiths did not make anyone’s faith or religious sect supreme or better, adding that all religions have their sources of power and that people who tend to bring the names of other people’s religious sects into disrepute only attract curses unto themselves.

He said even angels do not insult demons, saying “you don’t open your mouth to talk about something that is stronger than you.”

Speaking in an interview with Graphic Online after holding a spiritual programme in Accra on June 25, 2022, Ahokagya said it was worrying that people are quick to condemn other people’s faiths in the country.

For him, it was better for people to learn the believe systems of other people’s faiths than to talk them down, stressing that understanding what others worship helps one to rather deepen their understanding of spiritual things.

He said the Dikaios Movement combines the believe systems of other faiths, adding that people from other faiths are at liberty to attend their events.

Ahokagya said the Dikaios Movement only stands for righteousness and uprightness in society, pointing out that only people who are willing to live upright lives can join them.

“We do not believe that God has a unique name that people know. We believe that the name [of God] is impossible for people to know,” he said.

He said his movement only build an atmosphere that enables people to call on their God, indicating that spirits only manifests “when you give yourself to them.”

He was of the view that when two or more people gather with similar faiths, spirits come and that those who avail themselves to the spirits are used by them.

“We want to bring a society within this corruption and dark world, where people are not afraid to say anything that they know is true,” Ahokagya remarked.