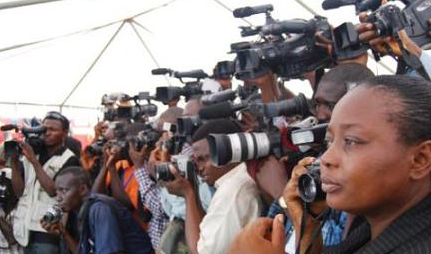 A Senior Investigator at the Commission on Human Right and Administrative Justice (CHRAJ), Mr Ambrose Cori, has called on journalists to use a human rights-based approach when reporting on gender-based violence.

He said that would help in protecting survivors of gender-based violence as well as encourage others to come out to tell their stories.

Mr Cori gave the advice at a media training workshop for selected journalists in Accra on issues relating to violence against women and girls.

The workshop was organised by the International Network of Religious Leaders Living with or Personally Affected by HIV and AIDS (INERELA), an association of religious leaders living with HIV and AIDS.

The approach, he said, was a value-based approach to development aimed at empowering survivors to participate in policy formulation and those who have a duty to act.

A Legal Officer at CHRAJ, Mr Cephas Essiful-Ansah, who educated the participants on some specific laws and policies on violence against women and girls (VAWG) said, like other countries in sub-Saharan Africa, VAWG was still a persisting problem in the country, saying statistics available at the Accra Regional Office of the Domestic Violence and Victims Support Unit (DOVVSU) of the Ghana Police Service (GPS) as of August 2020, showed that 31.9 per cent of Ghanaian women had faced at least one form of domestic violence — physical, economic, psychological, social or sexual.

According to him, the support from institutions such as DOVVSU, the CHRAJ and other statutory bodies had been inadequate in the fight against VAWG.

“To change this, we need to see community-based non-formal education, research and support, and the need to receive accurate and researched-based reportage from the Ghanaian media as well,” he said.

He said it was noteworthy that Ghana had signed and ratified a number of international conventions, protocols and treaties and mentioned the Convention on the Elimination of All Forms of Discrimination against Women (CEDAW), which described VAWG as a form of discrimination.

He also mentioned the Committee on the Elimination of Discrimination Against Women, General Recommendation No.12 (1989), which called on States Parties to include in periodic reports to the committee updates on laws and other measures adopted to eradicate VAWG, other forms of violence as well as other measures taken.

Another international obligation, he said, was the UN General Assembly Declaration on the Elimination of Violence against Women (1993) and the Beijing Platform for Action (1995), among others.

Mr Essiful-Ansah said although all these laws existed at the international, regional and local levels, violence against women continued to be perpetrated in the country with impunity.

Speaking on VAWG, the nature, scope and consequences, a Legal Practitioner, Mrs Esther Annor, gave examples of the act as early and forced marriage, sexual assaults, widowhood rites, cyber bullying and all forms of online harassment.