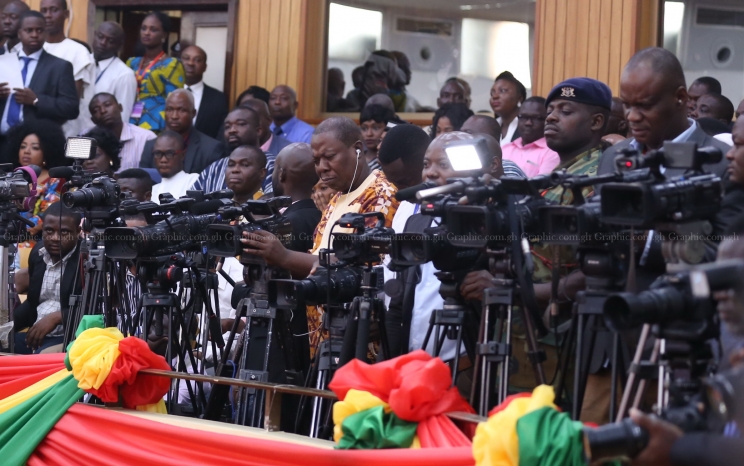 The Ghana Journalists Association, GJA, is counselling media practitioners in the country to provide avenues for consensus building as the nation enters Year 2022, rather than stoke any conflict or tensions.

GJA President Affail Monney in a Christmas Message said 2022 promises to be more challenging with the expected return of the controversial debate on E-levy and the jostling for positions by political actors in readiness for the next elections.

“All this underlines the need for the media not to stoke the embers of conflict nor fan the flames of tension. Rather, they should create a consensual framework to help resolve burning national issues and scale other formidable hurdles so to put the nation on a path of political toleration, democratic ascendancy, peaceful co-existence, and meaningful development!”

The GJA said in the course of the passing year, the media front “witnessed the display of distinctively distilled journalism,” while on the flip side, there were “ethically bankrupt practices which spell a negative image for the profession.”

The GJA said in all, the media have been diligent to their mandate and dutiful to the public by holding duty bearers to account, exposing acts of corruption, oiling the wheels of democracy and feeding the citizens with vital news and information, including the dishonourable spectacle in Parliament over the chaotic E- levy debate.

The Message expressed the hope and prayer of the GJA “that journalists will resume work from their well-deserved Christmas break re-energized and re-focused to navigate the New Year with a high sense of professionalism, and absolute fidelity to the values we hold dear as responsible media practitioners.”

The GJA expressed profound gratitude to God for lavishing his grace on all media practitioners, media owners, and media consumers in the year.