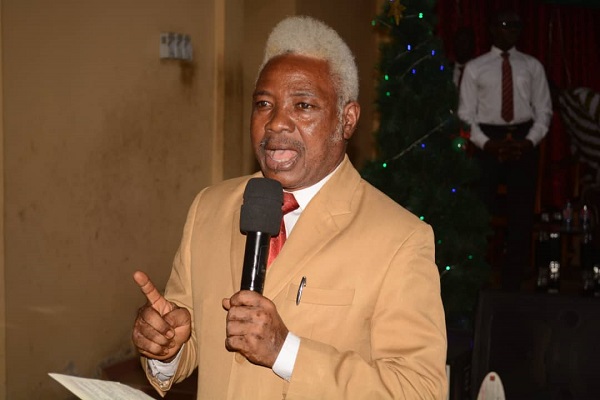 The General Overseer of the Evangelical Church of Ghana (ECG), Rev Maxwell K.K Liwangol, has called on the government to prioritise expending scarce national resources on key sectors of the economy to ensure sustainable development.

He said in the wake of the economic challenges confronting the country, including hikes in inflation, exchange rate and increasing cost of living, it was prudent for the lean national purse to be channelled into the education, health, agriculture sectors as well as social protection systems since those areas had a direct impact on the masses.

"These economic conditions have put pressure on individuals, families, businesses, and pushed the government to seek assistance from the International Monetary Fund (IMF)," he said.

"As we enter into a new year, there is hope that if we turn to God and do the right things as a country, the challenges will become opportunities for us".

Rev Liwangol made the call at the 31st December Watch night Service held yesterday (December 31, 2022) by the Old Fadama branch of ECG to usher in the new year.

As usual, the annual event attracted hundreds of patrons, including regular church members and other churchgoers who went to seek the face of God.

The one-storey church auditorium was filled to the rafters as the congregation sang and danced in praise of God for his care and protection throughout the year.

And when the clock struck 12 midnight, the charged atmosphere in the auditorium reached a crescendo as the congregants, who were mostly clad in white apparel, shouted and chanted victory slogans.

However, the clergyman stressed that even as the church continued to pray for God's intervention for the country, it was important that "people into whose hands we have entrusted leadership should come out with bold decisions and policies that will address the national challenges and make life better for citizens."

In that regard, he called for bold measures to be put in place to fight bribery and corruption by making sure that people, especially those in authority, who engage in such acts were dealt with according to the law.

He observed that when people engaged in corrupt practices, they deprived the country resources needed to build roads, hospitals, classrooms and other infrastructure.

The ECG General Overseer said it was unacceptable that some parts of the country still had schools under trees while some districts did not have hospitals; "meanwhile, public officials are able to divert resources for personal gain."

"I want to make a passionate appeal to the President, Nana Addo Dankwa Akufo-Addo, remove any of his appointees who will be caught in any such corrupt practices from office and let the law deal with them to deter others," he stressed.

Rev Liwangol also called on politicians, whether in power or in opposition, to put national interest above their political party's interest when taking decisions on key national issues.

He observed that important discussions on policies that affect the general public must not be reduced to "unnecessary partisan considerations."

"The danger of allowing partisan politics to dominate the national discourse is that it robs the country of good policies that will impact positively on the lives of citizens," he stressed.

The clergyman also underscored the need for the government to focus more attention on tackling youth unemployment since young people held the key to the prosperity and sustainable development of the nation.

He said it was worrying that although thousands of young people graduated from tertiary institutions across the country, they remained jobless, sometimes, for more than five years after graduation.

"If the state does not put in place systems to tap into the positive energy of these youth, they will become a threat to the country's security since some of them will do anything to survive.

"There should be adequate support systems for some of these young graduates who want to start their own businesses," he said.

He added that more efforts must be made to encourage technical and vocational education and training (TVET) so that young graduates would be equipped with skills needed to work.

Rev Liwangol also urged religious leaders to use their pulpits to contribute to national development by educating their congregations on the need to be patriotic and avoid acts that affect the country.

He stressed that citizens must also play their part in mobilising the resources that were needed to build the country by paying he taxes religiously.

"When we pay the right taxes, we will have every moral right to demand accountability from public officials who use those resources on our behalf," he said.