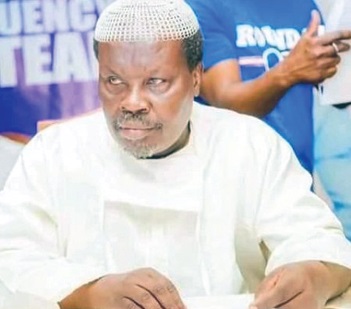 The Yendi Municipal Chief Executive, Alhaji Hammed Abubakar Yussuf, has said the government recognises the important role agriculture plays in the development of the country and that it was for this reason various initiatives had been introduced to boost the sector to improve livelihoods.

He mentioned policies such as planting for food and jobs (PJF) and the supply of agriculture inputs like seeds and fertiliser at subsidised prices as some of the interventions.

According to him, this year, a total of 6,081 farmers in the municipality, comprising 5,040 males and 1,041 females, benefited from the PFJ programme which, he said, created over 40,000 direct and indirect jobs.

Alhaji Yussuf also said that a total of 76.5 tonnes of maize seeds, 22.5 tonnes of soya seeds and 40 tonnes of fertiliser were supplied to farmers at subsidised prices.

The chief executive was speaking at this year’s Farmers Day celebration which was held at Bunbon in the Yendi Municipality in the Northern Region.

In all, there were 24 award categories for deserving farmers and fishers in the area.

The Overall Best Farmer went to 45-year old Abudulai Nurudeen of Yendi. For his prize, he took home a motorcycle, one pair of wellington boots, cutlasses and PIC sacks.

The MCE, however, said the government’s effort to better their lot in the sector would not be realised if they did not manage their farmlands well.

He said soil cover was important to plant growth because it provided it with nutrients that enhance growth.

Alhaji Yussuf mentioned bush burning and the use of inappropriate chemicals as some of the practices that affected the vegetative cover leading to poor harvest.

He described the theme for this year’s celebration “Accelerating agricultural development through value addition” as very appropriate.

The acting Yendi Municipal Director of Agriculture, Phannel Yawson Dzigbasosu, reiterated the dangers aflatoxins cause to both humans and animals and, therefore, advised farmers against the use of harmful chemicals on their farms and produce.

The Municipal best farmer, Abdulai Nurudeen, appealed to the government to provide the area with irrigation dams to enable them to do all year round farming.

“It is rather unfortunate that during the dry season, farmers here have nothing doing, some idle around until the rains set in again,” he said.

Mr Nurudeen said with the construction the dams, it would encourage more people, especially the youth, majority of who were unemployed, to go into farming to earn decent incomes.