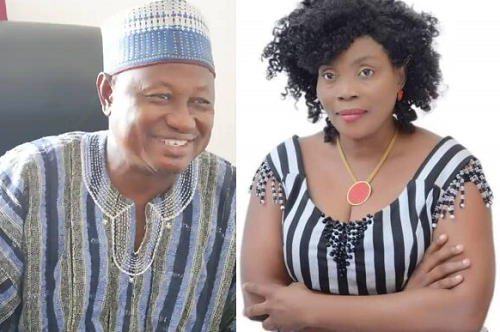 Internal wrangling seems to have taken centre stage in the People's National Convention (PNC) within the last two days following a petition submitted to the Electoral Commission (EC) asking the election management body not to recognise some persons occupying positions in the party.

The party is expected to hold a press conference at its headquaters today (August 30) to throw more light on the happenings.

The petition is believed to have moved some party leaders, who also held a National Executive Committee meeting last Saturday, to suspend the General Secretary of the PNC.

The petition, co-signed by Ms Nabla and some regional chairpersons of the PNC, asked the office holders to step aside until such a time that proper elections were conducted.

In the midst of this, another faction within the party executives yesterday also held a virtual meeting with a former leader of the party, Dr Edward Mahama, in attendance to affirm the position of the general secretary of the party.

The petition noted that the affected individuals, who went unopposed, were not properly elected.

Additionally, it said there were no Notice of Polls to the 16 regions and neither a popular acclamation nor a vote of Yes or No to elect them was conducted as implied in PNC’s constitution Article 41 and 42 as amended 2015.

It further noted that the communication secretary was supposed to be appointed per Article 57 of the PNC’s constitution.

However, Mr Apasera, told the Daily Graphic that Ms Nabla’s suspension was based on insubordination and persistent misconduct.

He explained, for instance, that any NEC meeting was called by the National Chairman, who would delegate anyone to chair the meeting if he or she (chairperson) was unavailable.

“She is beating about the bush and does not know what she is talking about,” he stated.

With regard to the letter Ms Nabla wrote to the Electoral Commission for the disqualification of some elected officers of the party, Mr Apasera said so far as contestants were duly cleared to contest and had no opponents, they were declared unopposed.