Inhaling smoke from firewood contributes to hypertension, others – Research 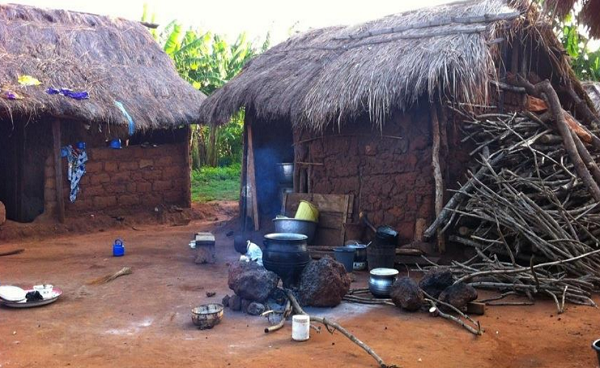 A new study conducted by the Kintampo Health Research Centre (KHRC) in the Bono East Region, has revealed that inhaling smoke from firewood contributes to hypertension, pneumonia, and disruption of lung functioning.

The study, titled: “Ghana Randomised Air Pollution Health Study (GRAPHS)”, was initiated by the centre in 2013, to assess the impact of household air pollution on people’s health.

Speaking to a team of health journalists from the African Media and Malaria Research Network (AMMREN) during a visit to the KHRC on Thursday, April 22, 2022, the Lead Researcher for the study, the Head of Environmental Health of the KHRC, Dr Sulemana Abubakari, said the study sought to quantify the effects of household air pollution (HAP) on pregnancy and child development.

He added that the study also sought to assess the implications of clean stoves and fuels for birthweight and pneumonia in the first year of life, pointing out that "Pollutants in cooking smoke overlap with that of cigarette smoke and ambient air pollution; both linked with negative impacts during pregnancy."

The study established that "Prenatal household air pollution exposure increased the risk of pneumonia and severe pneumonia in the first year of life."

"Our data suggests that in utero-HAP exposure is associated with reduced lung size and impaired expiratory flow parameters," he said, adding that "These changes may predispose to pulmonary disease later in life."

He has therefore called on the government to as a matter of urgency, find alternative sources of clean fuel such as the use of Liquefied Petroleum Gas (LPG) for people in rural communities.

Dr Abubakari said the use of biomass energy (firewood) was high in rural communities as compared to urban areas, explaining that since many rural dwellers did not have access to LPG, they preferred firewood to other sources.

He said although the use of firewood has dropped from about 80 per cent to 70 per cent in rural communities in the country in recent years, its use was still high in rural communities. For him, the reason many rural dwellers preferred firewood to LPG was due to cost and the distance they would have to travel to refill cylinders.

He noted that the government could come in to subsidise LPG use in rural communities as well as create LPG depots in rural areas in order to enable people to access it.

Dr Abubakari said findings of the GRAPHS study indicated that when women use firewood to cook and inhaled the smoke, it affects their systolic and diastolic pressures.

Touching on the study, Dr Abubakari explained that the study used a population of 1,415 pregnant women and their infants in the study area in the Kintampo North and South districts of the Bono East region.

“As they cook and they inhale the smoke, it affects them,” he said, indicating that children, particularly those under five years who stood by their mothers whilst they cooked, are the most affected.

He said the study had followed its participants since 2013 and would continue to monitor their health condition in relation to household air pollution.

Dr Abubakari further indicated that the birthweight of children born to pregnant women who inhale smoke from firewood are also affected.

Speaking on the essence of the study, the KHRC's Head of Environmental Health research said, "the results and insights gained from this study are expected to contribute to improvements in public health and also inform the government of Ghana’s energy policy efforts, which are currently focused on improving the country’s LPG distribution system through the implementation of the Cylinder Recirculation Model."

Established in 1994, the KHRC is one of three health research centres of the Research and Development Division (RDD) of the Ghana Health Service.

It offers a unique platform for the conduct of public health and biomedical research that influences policy direction and programme implementation to improve well-being and reduce ill health in the country and beyond.