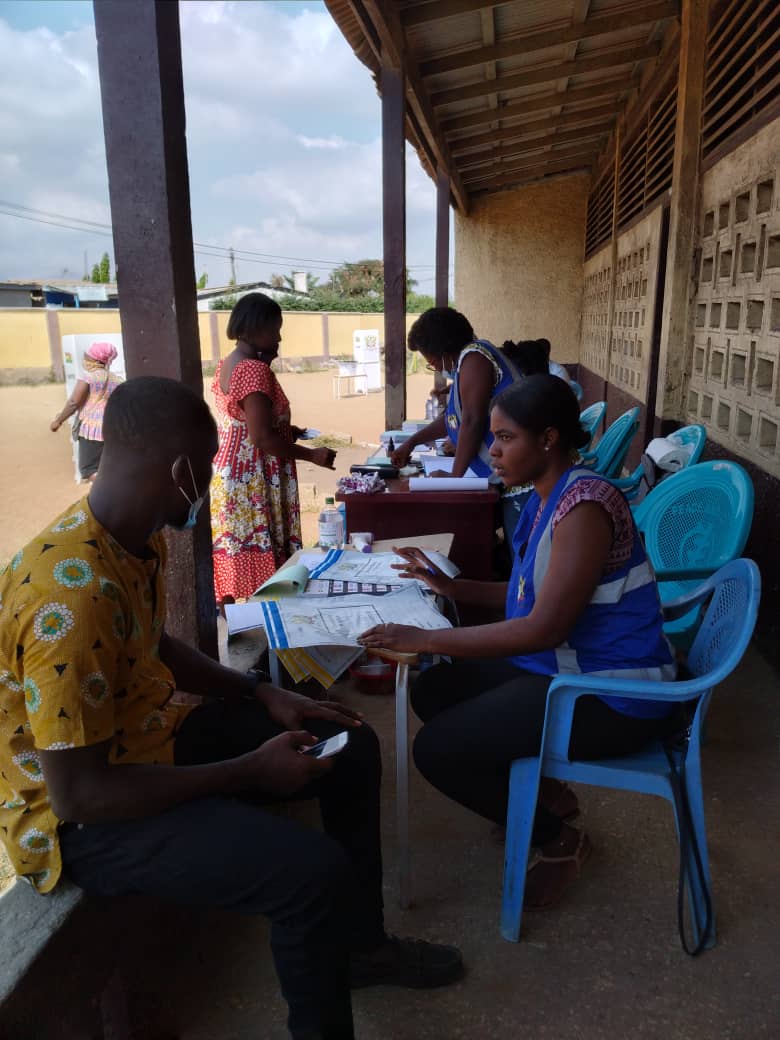 Voting at the various polling stations in Tema East Constituency took place without any incidents, injuries or challenges.

Materials arrived early at most of the stations visited and voting started by 7am.

The PO of the Twedaase Primary Number 1 (A), Mr Hope Zinanu told the Daily Graphic that the exercise had been very smooth.

At the Twedaase Primary Number 1 (B), polling station, Mr Kenneth Kojo Konadu said 105 people had voted as at 9.35 am.

The Presiding Officer of Twedaase Junior High School (JHS), Number 1 (1), within the Ashiboi Electoral Area, Mr Norbert Kugbonu said materials arrived at about 6.30am and by 9.57am 147 of the voters, had already voted.

He was confident that most, if not all of those who had registered will be able to vote before the close of day.

At the Padmore Primary School, there were long queues of anxious and eager voters, who were not exercising social distancing at all.

There were Veronica buckets there alright for voters to wash their hands, while their temperatures were checked as they walked in, but they were too close to each other, when the Graphic arrived there.

The Manhean JHS (A) 2 Presiding Officer, Mr Gibril Ahmed Mairiga told the Daily Graphic that at about 11.30am, 131 people had voted, out of the 445 who had registered in the area.

He expressed happiness that the exercise had been smooth and peaceful.