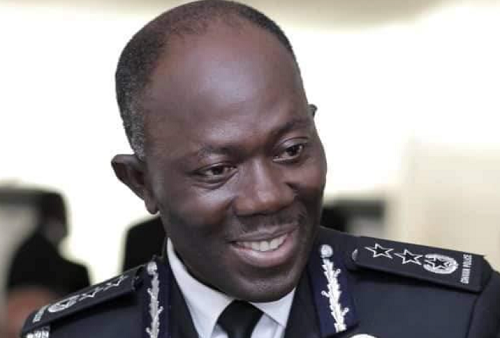 The Inspector General of Police, Dr George Akuffo Dampare, has questioned findings in a recent survey conducted by the Ghana Statistical Service (GSS) in partnership with the United Nations Office on Drugs and Crimes (UNODC) and the Commission on Human Rights and Administrative Justice (CHRAJ).

In a 5-page statement released on Wednesday, July 27, 2022, the IGP raised concerns about how that a number of other institutions including Parliament, Attorney-General's Office and Registrar General's office were not also investigated.

According to him, some other public institutions which were left out of the research deal regularly with the public and should have been included accordingly.

"It has been observed that the research did not cover some other public institutions such as the Ghana Ports and Harbours Authority, Ghana Civil Aviation Authority, Audit Service, Parliamentary Service, Ghana National Fire Service, Gaming Commission, Public Media houses, National Disaster Management Organisation (NADMO), Narcotic Control Commission (NACOC), the Attorney General's (AG's) Department, the Registrar General's Department among others and these are all institutions, we believe, that the public deal with regularly," he stated.

In the said report, the Police service was ranked as the highest institution that takes bribes and engages in corruption in Ghana.

Other institutions including the Ghana Immigration Service, GRA customs officers and Lands Commission were mentioned.

Below is a copy of the IGP's response