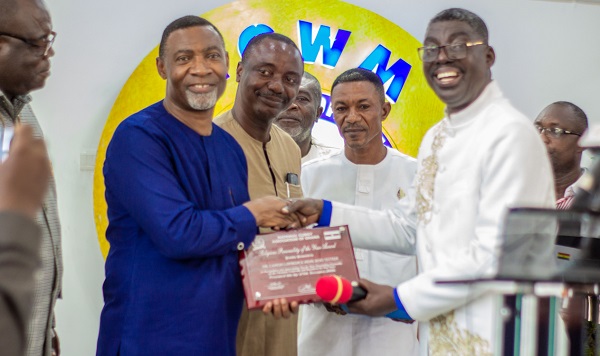 The National Clergy Association of Ghana (NACAG) on Thursday awarded the Inspector General of Police, Dr George Akufo Dampare; the Chairman of the Church of Pentecost, Apostle Dr Eric Nyamekye; the 12th Presiding Bishop of the Methodist Church Ghana, Most. Rev. Dr. Paul Kwabena Boafo, and other distinguished Ghanaian nationals, for their various roles in promoting peace in Ghana and Africa.

NACAG is a body of ordained ministers of God or persons called by God to do his work in a professional manner, such us any professional body in the county.

The event, which was held on Thursday morning, December 8, 2022, also saw personalities such as Rev. Dr. S.K. Boafo, a politician and legal practitioner, the Head Pastor of Harvestime Bible Church International, Her Grace Bishop Dr. Juliana Darkoa Abayie Sarpong, all receiving awards for their various roles in promoting peace in Ghana and beyond. 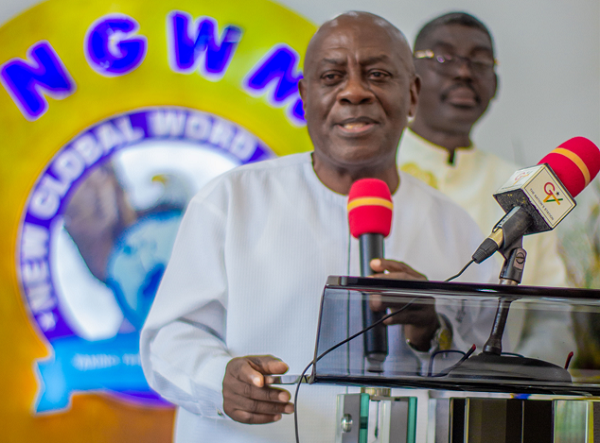 In his welcome remarks, the Executive Director of NACAG, Bishop Dr. Charle Abban, said NACAG was established in 2018 and launched in 2019 to help equip all people, particularly men of God and church members to become worthy clergy men and women.

For him, the recipients were carefully selected due to their work, noting that all the recipients deserved the awards category for which they had been honoured. 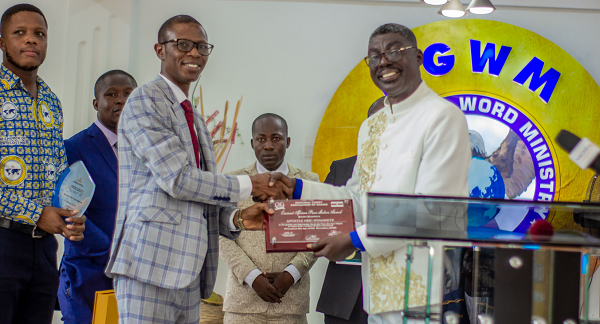 He said many of those who had previously received awards from NACAG are doing greater exploits, encouraging the recipients to continue to serve God and their nation.

Bishop Abban further expressed the hope that the award will serve as a motivation to the various recipients not to grow weary of what they had been doing for the service of God.

Touching on NACAG, he said, the organisation was formed to foster unity among members and prayerfully unite the body of Christ in the Nation; embark on pilgrimage to Israel and other historic Christian sites worldwide; perform ordination and consecration for the clergy; as well as to help ordain and license member pastors who have not gone through those processes already or wish to be re-ordained or licensed.

The Director of Postgraduate Studies & Research of the Pentecost University College, Apostle Dr. Christian Tsekpoe, who picked the award on behalf of the Chairman of the Church of Pentecost, called on Christian leaders not to give up on their faith.

He said Africa has a great responsibility to hold the torch of Christianity in the world, saying “If Africa fails, the world will fail.”

For him, “Africa has something to offer to the world” and that “God is counting on us,” adding that “It is time for us to rise to the challenge.”

Apostle Tsekpoe, who is also the Head of Mission Department of the Pentecost University, also encouraged church leaders, particularly men of God to seek higher education.

For him, “academic excellence and spirituality are compatible”, stressing that it was not out of place for men of God to acquire higher knowledge whilst maintaining their spirituality.

He said church leaders in many parts of the world are losing their spirituality and becoming advocates of LGBTQ, a situation he said, Africa has a greater role to ensure that the church does not deviate from its foundational paths.

Similarly, a representative who took Rev. Boafo’s award commended NACAG for instituting the award to honour Ghanaian nationals who have been serving their nation and God.

He also called for unity within the Christendom in order to promote the word of God, saying that “If we can come together as we are doing now, then the work of God can go on.”