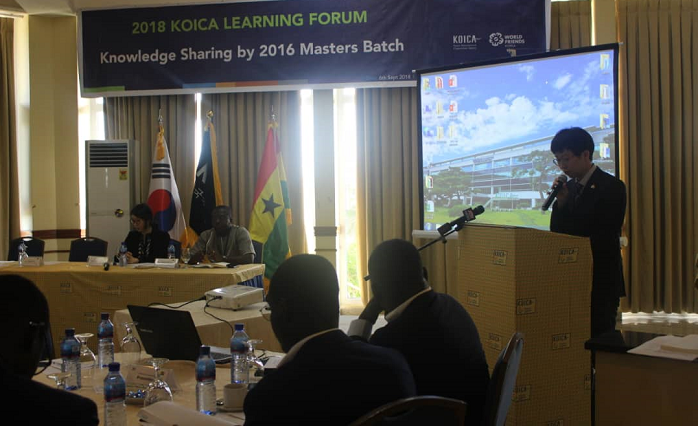 According to him, skilled human resource is a key lever for accelerating economic growth and human development.

He has therefore advised the government to invest in the development of its people to translate into a driving force behind the country’s growth.

Mr Kim made this known at a learning sharing forum organised by KOICA Ghana for the beneficiaries of the 2016 KOICA Masters scholarship programme to present their thesis to stakeholders in Accra on Thursday. 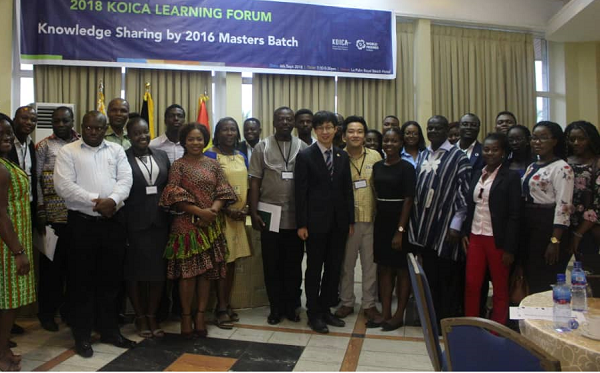 KOICA beneficiaries and some stakeholders

Mr Kim said Korea has become beacon for developing countries because of its investment in its people.

He added that ,“Korea’s remarkable development transformation and experience offer hope that every developing or emerging country has a full potential and strength to succeed in developing structures and systems that will benefit the present and unborn generation.

He said it was against this background that Korea continues to support the development and investment in human capital in their partner countries including Ghana.

He said the Korean government through KOICA has supported 800 government official’s capacity building over the years in some of the best universities in Korea.

Touching on the forum, Mr Kim said it is to share ideas, experiences and knowledge from the 2016 KOICA scholars with their supervisors, lecturers, students and the media to gain perspective and future actions needed on some development challenges.

The forum is also is to stimulate home-grown innovations, growth and link knowledge gained during studies into action while recounting and reflecting on their experiences in korea, he noted. 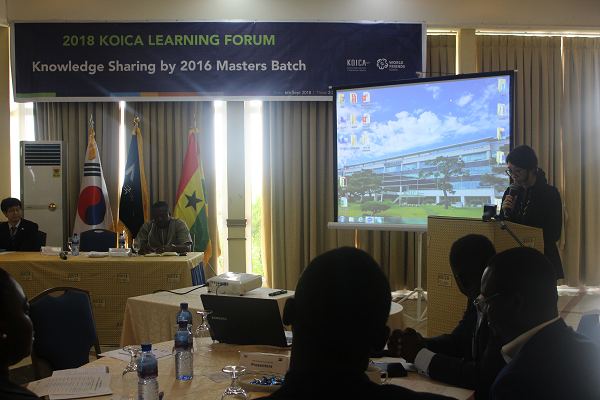 On her part, the deputy head of mission of the Embassy of the Republic of Korea, Ms Jee Young Kim said 197 government officials, have benefited from KOICA’s Scholarship Master’s Degree since the beginning of the programme.

She advised the beneficiaries to make good use of the knowledge and experience gained whilst studying in Korea to improve on the socio-economic development of the country.

“Enlarge your territories by inhibiting a culture of lifelong learning, a culture where you’re always eager to learn new things and see how best you can translate them to fit into your environment” she advised.

In her presentation, a beneficiary, Miss Joana Ennin called for a proactive way to prevent cholera outbreak in Ghana. 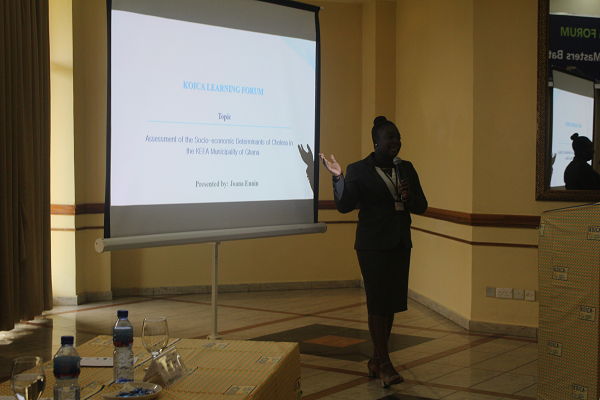 Ms Ennin whose research was carried out in the Komenda- Edina-Eguafo- Abirem Municipal urged the government to provide the people in the area with potable water and toilet facilities.

She also called for behavioral change among the citizenry,stressing that it is important to preventing the outbreak of the disease.

Mr Alfred Berkoh also a beneficiary said depending on Ghana’s oil is not a breakthrough for the country but by developing the manufacturing base of the nation.