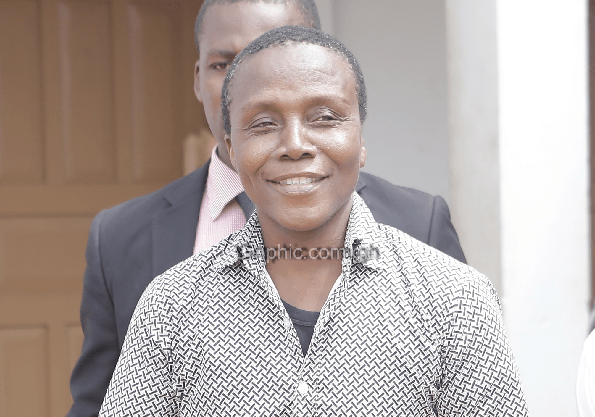 Gregory Afoko, the man accused in 2015 of the murder of Alhaji Adams Mahama, the then Upper East Regional Chairman of the New Patriotic Party (NPP), has been hospitalised.

This was made known by the prosecutor in the trial of Afoko and his alleged accomplice, Asabke Alangdi, at the Accra High Court on Monday, November 9, 2020.

Ms Marina Appiah Oppong, a Chief State Attorney, said the prosecution was ready to call its first witness to testify but could not do so because Afoko was unavailable.

“The investigator informed me that Afoko has been taken ill and is receiving medical attention,” she said.

In view of that, the court presided over by Justice Afua Merley Wood, a justice of the Court of Appeal sitting as a High Court judge, adjourned the trial to November 24, 2020.

His lawyers had been complaining that he has a recurring condition.

Afoko and Alangdi have pleaded not guilty to two counts of conspiracy to commit murder and murder.

A seven-member jury, made up of four women and three men, will decide their fate after the trial is over.

Alhaji Mahama suffered severe bodily injuries after a substance suspected to be acid was allegedly poured on him in front of his house in Bolgatanga on May 20, 2015.

He later died from the injuries at the Bolgatanga General Hospital.

After more than three years of trial, the Attorney-General (A-G) filed a nolle prosequi on January 28, 2019, to discontinue the trial following the arrest of Alangdi.

Afoko challenged the nolle prosequi by filing a case at the Supreme Court, but on June 19, 2019, the apex court dismissed the case on the premise that Afoko failed to prove that the nolle prosequi was capricious, unfair and arbitrary.

According to the facts of the case, on May 14, 2015, Gregory’s brother, Mr Paul Afoko, and Mr Kwabena Agyepong, then National Chairman and General Secretary respectively of the NPP, arrived in Bolgatanga for a meeting.

Adams Mahama, the prosecution claimed, organised some thugs to violently attack the two, scuttling the planned meeting at the Azumsolon Guest House, accusing them of campaigning against the flag bearer, Nana Addo Dankwa Akufo-Addo, and also not notifying him (Mahama) of the meeting.

The situation, according to the prosecution, was later brought under control by the police, adding that Gregory, who was then upset, confronted Mahama but was chased away by some thugs.

The facts also claimed that Gregory and Asabke Alangdi formed another youth group in their bid to protect persons perceived to be against Nana Akufo-Addo.

It said Gregory and Alangdi held a series of meetings with the youth, and on May 20, 2015, they laid ambush at Mahama’s residence with a substance suspected to be acid.

“Mahama returned home around 11:10 p.m. in his pick-up vehicle, with registration number NR 761-14, and immediately he parked in front of his house, Gregory and Asabke went close and signalled him to roll down the glass.

“Mahama identified the suspects to be party members and rolled down the glass to talk to them. Suddenly, the suspects poured the substance, suspected to be acid, on his head, face and other parts of his body and fled on a motorbike.

“Mahama started screaming for help, and his wife, Hajia Zenabu Adams, went to his aid and managed to bring him out of the vehicle,” the prosecution said.