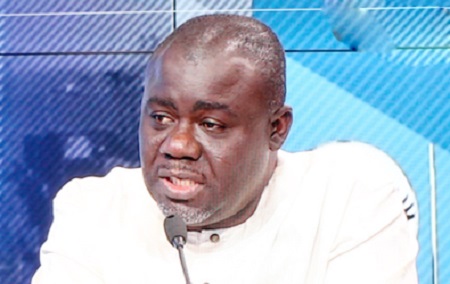 The government is to augment the Metro Mass Transit Limited (MMTL) fleet with 600 buses.

The Minister of Transport, Mr Kwaku Ofori Asiamah, said the move was part of measures to revamp the operations of the MMTL.

"Currently, value for money assessment is being undertaken for the supply of 300 Hyundai buses from Korea and additional 200 buses from China," he told Parliament on Monday, March 1, 2022.

He was responding to a question by the National Democratic Congress (NDC) Member of Parliament (MP) for Adaklu, Mr Kwame Governs Agbodza, who asked how many buses had been procured for the MMTL since 2017, how much they cost and how it was funded.

The Transport Minister said the MMTL was established with an objective to provide intra-city, inter-urban and rural-urban bus services in the country.

The policy framework for the financing and operations of the MMTL was that the government would provide support for the acquisition of buses to enable the company to provide relatively cheaper and affordable mass transportation services to the public as a necessary social service, Mr Asiamah said.

“Mr Speaker, a total of 100 new intercity buses have so far been supplied to the MMTL at a total cost of $17.5 million.

“This was financed by the government. We have also signed a contract with VDL Bus Roeselare for the supply of 100 intercity buses, spare parts and training services,” the Transport Minister said.

Mr Asiamah added that under the same contract, 50 broken down VDL buses at MMTL would be repaired to augment the fleet.

“This project is also being financed with a €25.49 million mixed credit facility from the government of Belgium and Belfius Bank SA/NV.

“The first batch of 45 buses are in production and expected to be delivered by the second quarter of this year,” the Minister of Transport stated.

Responding to a question on the status of the Keta Landing Beach, Mr Asiamah indicated that the government was implementing a number of interventions, part of efforts to develop the Volta Lake as a preferred mode of transport.

Those, he said, included the removal of tree stumps on the navigable routes to reduce frequent boat accidents on the lake and improve safety.

Additionally, Mr Asiamah stated that a feasibility study for a proposed Volta Lake Improvement Project had been completed with support from the Korean Exim Bank.

“Facilities to be provided under the project include supply of five vessels, integrated management system (IMS), construction of a slipway and a total of 10 ferry landing sites with reception facilities at Yeji, Makango, Kojokrom, Kete-Krachi, Dambai, Dodoikope, Kpando Torkor, Agordeke, Akinetic and Kwela Dwayne.

“Mr Speaker, the ministry under the Transport Sector Improvement Project (TSUI) is currently undertaking a feasibility study for the overall development of the Volta Lake Transport System,” he added.

He indicated that the objective of the study was to develop the Volta Lake as a viable and competitive transport link while facilitating the development of railway links and connecting missing road links (bridges) along that corridor and the hinterland.

That paved the way for African World Airlines (AWA) to start operations in October 2019, he said.

However, Mr Asiamah said, AWA suspended operations to the airport due to some safety concerns relating to the flight approach path, coupled with the outbreak of the COVID-19 pandemic.

Consequently, he explained that the Ghana Civil Aviation Authority had conducted a series of Obstacles Limitation Surface (OLS) Standards analyses to define the limits to which objects might penetrate the airspace of an airport.

“Based on the above, it was realised that some masts were penetrating the OLS surfaces, thus breaching the required standards.

“Mr Speaker, to remedy the above breach, the ministry together with key stakeholders took the necessary measures to have all the masts removed by their respective owners as well as other tall trees since July 19, 2021,” he stated.

Now, airlines could safely operate into the Wa Airport without any significant safety hazard on the approach, Mr Asiamah said.