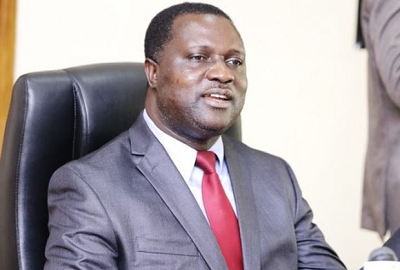 The Ministry of Education has rejected a proposal by the Conference of Heads of Assisted Senior High Schools (CHASS) for a review of the Free SHS policy and allow parents to be levied.

At a meeting in Cape Coast Thursday, CHASS proposed a review of the Free SHS policy after three years of its implementation.

CHASS's request follows what appears to be the collapse of PTA levies which some schools have been using for some projects and as a result those projects have remained uncompleted.

In an interview with the Deputy Minister of Education, Dr Yaw Adutwum, he said such a review will mean a re-introduction of levies which would defeat the purpose of the Free SHS policy.

"That is not part of what free senior high school should be about. On the other hand, if you have a group of parents, or parents of any school, who are saying that, can we support our school, yes of course they can support their school , they can voluntarily donate to support their school in the same way that old students do but cannot allow introduction of fees through the back door and then the results of that will be, students who cannot pay those fees will not be allowed to attend school, that will defeat the purpose of free senior high school, which has alleviated the suffering of the poor in this country, and that is not what the government of Nana Addo Dankwa Akufo-Addo and free senior high school should be about," the Deputy Minister of Education said.