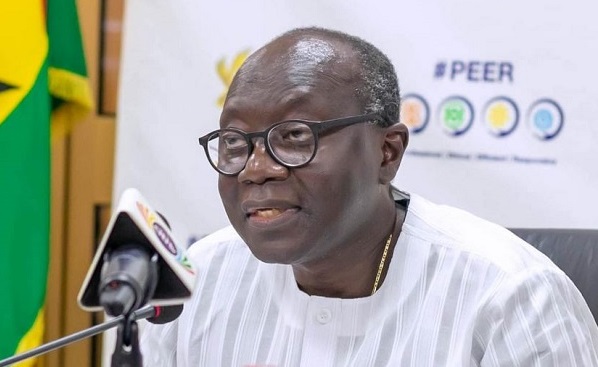 The Ghana National Association of Teachers (GNAT) and the Ghana Medical Association (GMA) have rejected the domestic debt exchange programme announced by the government.

The two associations said the debt restructuring would have a negative impact on the pensions of their members and, therefore, urged the government to take a second look at the decision.

Describing their positions as non-negotiable, the two associations said failure by the government to back out of its position could lead to industrial action.

Speaking with the Daily Graphic in Accra yesterday, the General Secretary of GNAT, Thomas Musah, said: “The contributions and savings of teachers should not be touched during the domestic debt exchange programme being proposed by the government.”

He said teachers’ financial schemes, especially pensions funds, were meant to make them live meaningful lives and, therefore, it would be suicidal for any government to touch the funds and financially ruffle teachers, both those in active service and those on retirement.

"Pursuant to this, we wish to state unequivocally that we are not interested in any exchange of domestic notes and bonds of the Republic, be it ESLA Plc or Daakye Trust Plc, and our stance is non-negotiable," he said.

The GNAT General Secretary said any move by the government to address the economic challenges facing the country could not be at the expense of workers and the general populace.

He suggested that prudence in government’s expenditure, thrift, a reduction in the size of the government, among others, could address the country’s economic woes.

Mr Musah said the government’s announcement that domestic notes and bonds were to be exchanged for a package of new bonds to be issued by the Republic was untenable.

He said GNAT had been an interested stakeholder on the domestic bond market, running the Teachers Fund with its subsidiaries, the Tier-3 Pension Scheme and the Ghana Education Service Occupational Pension Scheme (GESOPS) for its members.

“We wish to state categorically that these are bold steps and initiatives taken by the association to better the lives of its members (teachers) in active service and on retirement, taking cognisance of their salaries, which are nothing but pittances and crumbs from the master’s table, and do not take them home,” he said.

The general secretary added that given the sorry pension paid teachers by the Social Security and National Insurance Trust (SSNIT), GNAT would not compromise on any move to worsen the plight of its members

“We hereby inform our members (teachers) that GNAT has not been invited to any discussion on the domestic debt exchange and our stance remains unwavered.

While rejecting the debt exchange programme, the GMA called on the government to immediately exempt pensions and other related investment funds completely from the debt restructuring process.

In a statement dated December 6, 2022, the association said the debt restructuring would have a negative impact on its members’ pension funds and healthcare delivery in the country.

“The GMA is also concerned about the negative effect of the debt exchange programme on private health facilities, private health insurance and mutual schemes that have invested heavily in government of Ghana bonds. This, we believe, will impact negatively on patient care, medication supply and claims management,” it said.

The GMA said the government’s measures would “result in a significant loss in value of our pensions in real terms over the next five to15 years and beyond”.

It added that the government’s maximum bond interest of 10 per cent would lead to a negative real return for investments every time inflation moved above 10 per cent.

“All these, we believe, will further worsen the already dire situation workers and pensioners will face, especially when their meagre pensions have lost significant value owing to the depreciation of the cedi, high inflation, among others,” it noted.

Furthermore, it said, the failure of the government to immediately exempt pensions and other related investment funds completely from the debt restructuring process might result in “actions that will disrupt the industrial harmony in the country”.