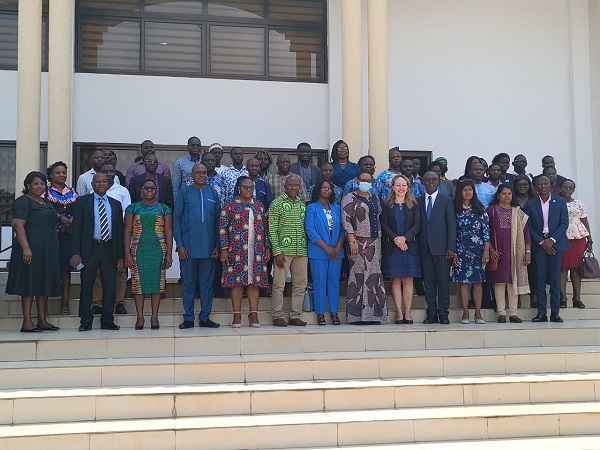 Participants at the workshop
30.5k Shares

The Evangelical Presbyterian University College (EPUC) has signed a Memorandum of Understanding (MOU) with Globethics.net, a global network of teachers and institutions with the vision to embed ethics in higher education.

The MoU crystallizes a partnership between the two institutions to promote ethics in higher education at the EPUC. It governs the benefits such as e-resources, training and funding that EPUC would get from Globethics.net.

The MoU was signed on Monday on the sidelines of a five-day pilot training workshop organised by Globethics.net towards the development of a Higher Education Ethics Model of Excellence Tool in Accra.


In attendance at the workshop were participants from 20 tertiary institutions across the country.

Prof Bakah in an interview on the sidelines of the event urged all universities in the country to take a strong stance against issues such as plagiarism.

On his part, the Secretary General of the Association of African Universities, Professor Olusola B. Oyewole said universities could serve as a beacon for promoting ethical values across African youth.

He was hopeful that the programme would help Ghanaian universities to abide by the principles of ethics for continuous improvement.