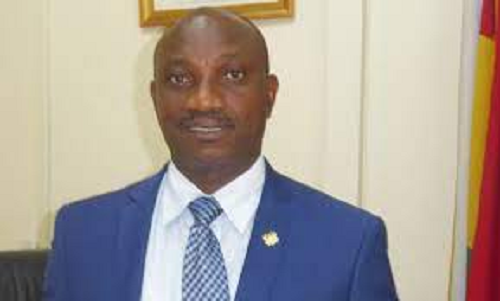 The Ministry of Employment and Labour Relations is collaborating with a number of social and donor partners for the ratification of International Labour Organisation (ILO) Convention 190 which seeks to address workplace harassment and violence.

As part of the collaborations, the ministry has reached an agreement recently with the German Agency for International Cooperation (GIZ) for support to undertake a study to provide actionable information on workplace harassment and violence in the country.

The Deputy Minister for Employment and Labour Relations, Mr Bright Wireko-Brobbey, made this known at the opening of a two-day conference on gender and migration in Accra last Tuesday.

The conference, an annual event, was organised by GIZ in collaboration with the Ministry of Gender, Children and Social Protection and the Ministry of Employment and Labour Relations.

It was on the theme, “Gendered dynamics of return and reintegration towards sustainable development”, and brought together stakeholders and development partners from the academia and non-governmental organisations (NGOs).

According to the deputy minister, the ratification of the ILO Convention would also aid policy decision-making for the prevention and remediation of cases among labour migrants, saying due to the high irregularity of migration economy, operators in the sector often fell under the radar of regulators and service providers.

He said gender featured as one of the most important dimensions for attention and had been mainstreamed as a crosscutting issue in all spheres of socio-economic development interventions, adding that it was, therefore, high time gender issues as they related to migration were highlighted to inform policy making in the sector.

Also, he said in 2019, the number of international migrants stood at 272 million and out of that number, 52 per cent were males while 48 per cent were females.

He added that studies also indicated that female migration patterns had increasingly changed from secondary status, where they escorted or follow other family members, especially men, to being primary migrants themselves.

In Ghana, he said available data from the 2020 budget statement indicated that remittances from Ghanaians living abroad accounted for about four per cent of the national Gross Domestic Product (GDP).

He gave an assurance that the ministry would continue to reach out to all partners in its efforts to ensure decent work outcomes for all workers in Ghana and Ghanaian workers abroad.

The Chief Director, Ministry of Gender, Children and Social Protection, Dr Afisah Zakariah, on behalf of the Caretaker Minister of the Ministry, Ms Cecilia Abena Dapaah, said the ministry in 2020 intercepted 500 female migrants from travelling illegally outside the country.

She said the ministry had also put in place a shelter where irregular migrant women, who were returned, were housed and trained in vocational skills before they were reintegrated into their communities.

The ministry, she said, collaborated with relevant stakeholders to handle issues of regular and irregular migration effectively, saying that recently, over 1,200 young girls were returned from the Gulf State.

In a speech read by the Head of Cooperation at the German Embassy, Ms Dorothee Dinkelaker, on behalf of the German Ambassador to Ghana, Mr Daniel Krull, said the interventions of the German cooperation, considered two types of returnees.