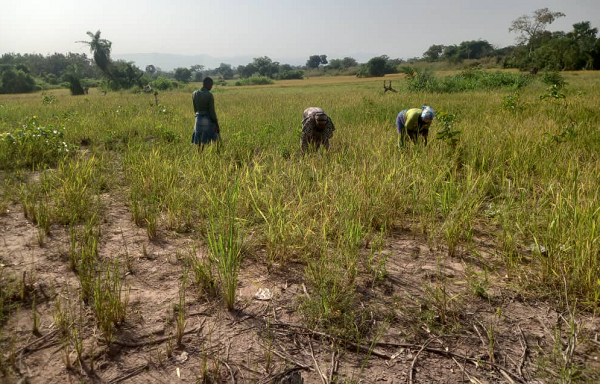 About 3,000 acreage of rice farms ready for harvesting in two municipalities in the Volta region is to go to waste due to a lack of combined harvesters.

The desperate peasant farmers whose rice has been on the field without getting combined harvesters have made a passionate appeal to the Ministry of Food and Agriculture to come to their aid to assist them to harvest their rice.

Some of the farmers speaking to Graphic Online said if nothing was done about their situation, their rice would go waste in a few days, especially at the time that the harmattan has set in.

A rice farmer at Golokuati, Margaret Saku, said four out of the five combined harvesters in the Afadjato South District that harvested their produce had broken down and therefore the remaining one could not meet the demands of the farmers.

Madam Saku who owns about 30 acres of rice farm said: "we will lose all our investment if we don't get combined harvesters immediately". 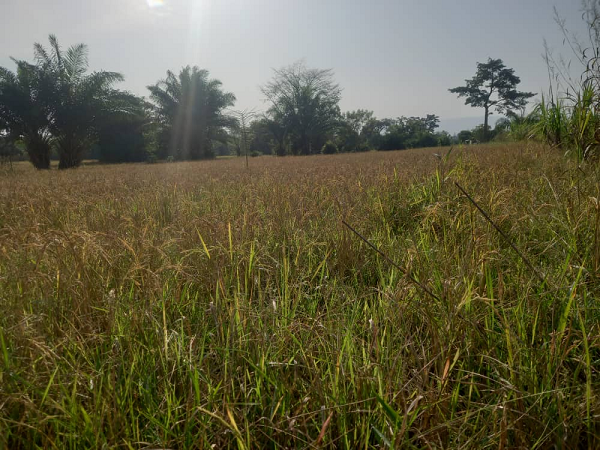 The farmer who said they had spent fortunes to cultivate the rice, explained that the longer the rice stayed on the farm, the more losses they would incur as "when they become too dry on the farm, we won't get quality grain and will all be broken which will affect their prices even if we are able to harvest".

Another rice farmer at Tafi Atome, Emefa Angella Adzaku also said "we don't have even one combined harvester here in Tafi to harvest our rice. We need help".

She indicated that they could not fall on human Labour for the harvesting as it was very expensive and time-consuming to employ labourers to harvest the rice.

The Afadjato South district director of Agric, Franklin Agbove, who acknowledged the challenges of the farmers said his department over the weeks had made arrangements to get some private combine harvesters to salvage the situation, however, "the situation is overwhelming".

The private harvesters he said could not handle the demands of the farmers and therefore many of the farms could not get machines to harvest their rice.

The Executive Director of Accelerated Rural Development Organisation, an NGO which supports farmers to expand their farms, Winfried Donkor said the farmers who were peasant farmers are now into commercial rice farming.

The move, according to him, is in support of government efforts to increase food production, especially in the area of rice cultivation, and therefore could not be left alone to salvage a situation that has become impossible for the farmers to handle.

He noted that a lot of investment had been made to cultivate about 3000 acres of rice and could therefore not be allowed to go to waste.

Mr Donkor appealed to the ministry of food and Agriculture and also private investors as a matter of urgency to support the women farmers to harvest their produce before it was too late.