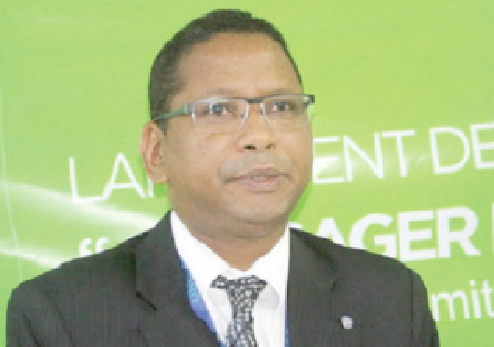 The United Nations Educational, Scientific and Cultural Organisation (UNESCO) has called for greater emphasis on Science, Technology and Innovation (STI) to help communities prepare for environment-related events as it marked this year’s World Science Day for Peace and Development (WSDPD) in Ghana.

The event, the 20th edition, focused on promoting and emphasising scientific and policy initiatives that contribute to the attainment of the Sustainable Development Goal (SDG) 13 of Climate Action.

The day was marked with a hands-on workshop on Artificial Intelligence (AI) and Robotics using UNESCO’s Cogbots Robotics kits for 30 basic school pupils from the Nima Cluster of Schools and Kotobabi 1 and 2 Basic School, coordinated by UNESCO Accra Office.

The session, coordinated by the Ghana Institution of Engineering (GhIE), demonstrated to participants how such emerging technologies could be used to mitigate the effects of climate change and also build a brighter future for the world.

The WSDPD, also known as World Science Day, was established in 2001 by the UNESCO and now observed every November 10.

This year's theme, "Building climate-ready communities", reflected the need for communities, particularly the poor and vulnerable, to be supported in managing and adapting to the changing climate conditions through science-led solutions.

The event in Accra brought together a host of participants including representatives from UNESCO, UNOPS, Ministry of Environment Science, Technology and Innovation (MESTI), Council for Scientific and Industrial Research (CSIR), Kwame Nkrumah University of Science and Technology (KNUST), GhIE, CSIR-Science and Technology Policy and Research Institute (STEPRI), African Institute of Mathematical Sciences (AIMS-Ghana), CSIR-Soil Research Institute, as well as teachers, students, and the media.

Apart from the demonstrations, there were also presentations on Ghana’s science, technology and innovation (STI) for SDGs Roadmap, West Africa in the 2021 UNESCO Science Report, and the Excellence and Recognition of Ghanaian Scientists.

The celebration comes at a time of heightened interest in climate change with COP26 underlining the importance of science-based policies and decisions in mitigating the environmental crisis that has had a devastating impact on humanity.

The UNESCO Representative to Ghana, Mr. Abdourahamane Diallo, explained that the goal of the event was to show how Ghana’s STI policy and system could advance a green agenda and make the country more peaceful and sustainable.

The Director-General of UNESCO, Ms. Audrey Azoulay, in her message read on her behalf by Mr. Diallo, emphasised the critical role of STI in assisting communities to prepare for and adapt to environmental upheavals.

She noted that researchers in West Africa had developed climate-ready crops that were resistant to extreme heat and drought, among other things.

However, she indicated that there was the need for more academic research on new technologies to protect communities from climate-related disasters, explaining that the research on the climate-ready crops accounted for only 0.005 per cent of total global scientific output between 2012 and 2019.

The Chief Director of the MESTI, Mrs. Cynthia Asare-Bediako, who delivered the keynote address, spoke about the various ways climate change was affecting Ghana's economy.