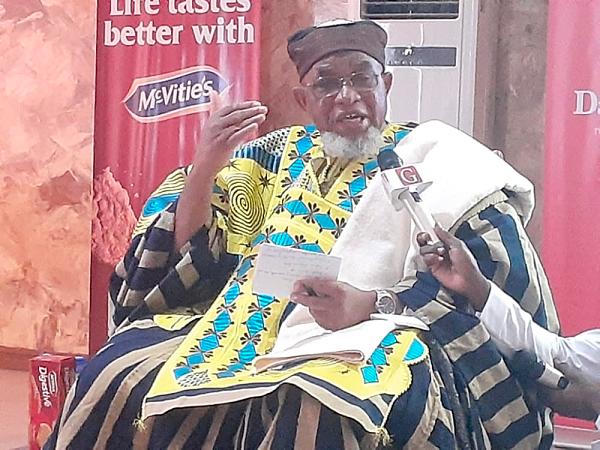 Tong-Raan Kugbilsong Nalebgetang, the Paramount Chief of the Talensi Traditional Area in the Upper East Region, addressing the dialogue

The Paramount Chief of the Talensi Traditional Area in the Upper East Region, Tong-Raan Kugbilsong Nalebgetang has called on stakeholders in the waste management value chain to initiate action for sustainable plastic waste management in the country.

He said aside from the indiscriminate littering of the surroundings, plastic waste posed a serious threat to the environment because it does not degrade easily in the soil which turned to affect soil fertility and crop yield.

"During the dry season, if you look round the farms, you will find the whole of the farms scattered with plastic waste especially the black rubbers.

As you are aware, plastic doesn’t degrade and when they are left onto our farms, they create a layer that doesn’t allow us to get appropriate yields”, he lamented.

Tong-Raan Nalebgetang made the call at the Graphic/Zoomlion Sanitation Campaign Dialogue at Bolgatanga, the Upper East Regional capital last Monday. 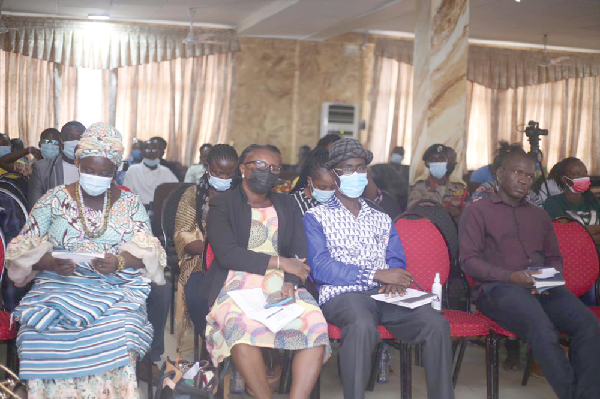 The dialogue was organised by the Graphic Communications Group Limited (GCGL) in collaboration with Zoomlion Ghana Limited (ZGL) on the theme :"Keep Ghana Clean".

It brought together stakeholders from various sectors to discuss the sanitation issues in the region and find sustainable practical solutions to address the menace.

To effectively manage plastic waste, Tong-Raan Nalebgetang who chaired the event observed that there was the need for all to switch from the use of rubbers to paper bags.

"water producing companies are comfortable in distributing water in plastics but I don’t know of any rule or regulation that enables them to pay for the plastics that they distribute and have them scattered all around" he added.

Tong-Raan who is a Member of the Council of State urged residents of the region not to relent on efforts towards keeping their surroundings cleaner, greener and safer as their survival depended largely on the environment.

He commended the GCGL and ZGL for initiating the campaign to whip up the citizens interest on sanitation issues.

The Upper East Regional Minister, Mr Stephen Yakubu, in a speech read for him, said ensuring proper sanitation was a shared responsibility for which reason all must play their part to keep the environment clean.

While commending the GCGL and its partners for the laudable initiative, he called on traditional rulers to prioritise sanitation issues in their respective areas to complement the government's efforts of keeping Ghana clean.

Concerted efforts
The Editor of the Daily Graphic, Mr Kobby Asmah, in a speech read for him by the Chief Sub-Editor of the Daily Graphic, Mr Alhassan Zakaria, called for concerted efforts towards the attainment of a clean country, saying, “when it comes to sanitation, it is not an individual business; it is a stakeholder involvement which includes all of us”. 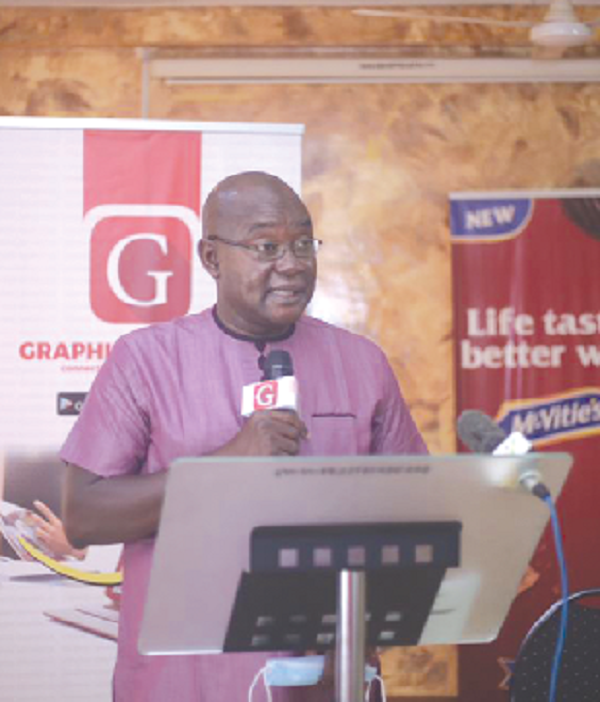 “The whole goal is to complement the national sanitation effort and play our part in cleaning the environment.

Having declared 2021 the year of sanitation, we are focusing on efforts to whip up enthusiasm in people to adhere to good sanitation," he noted.

For his part, the Senior Communications Officer of Zoomlion Ghana Limited, Mr Adams Mohammed Mahama, lamented that in spite of efforts by successive governments in tackling the sanitation menace, the situation remains the same.

He, therefore, called for effective enforcement of existing the bye-laws by the assemblies to punish persons who littered the environment with impunity.

The campaign was climaxed with a massive clean up exercise in the Central Business District (CBD) and the main lorry terminal.

Volunteers and workers of the Ghana National Fire Service who took part in the exercise desilted choked drains and swept the shoulders of the principal streets.