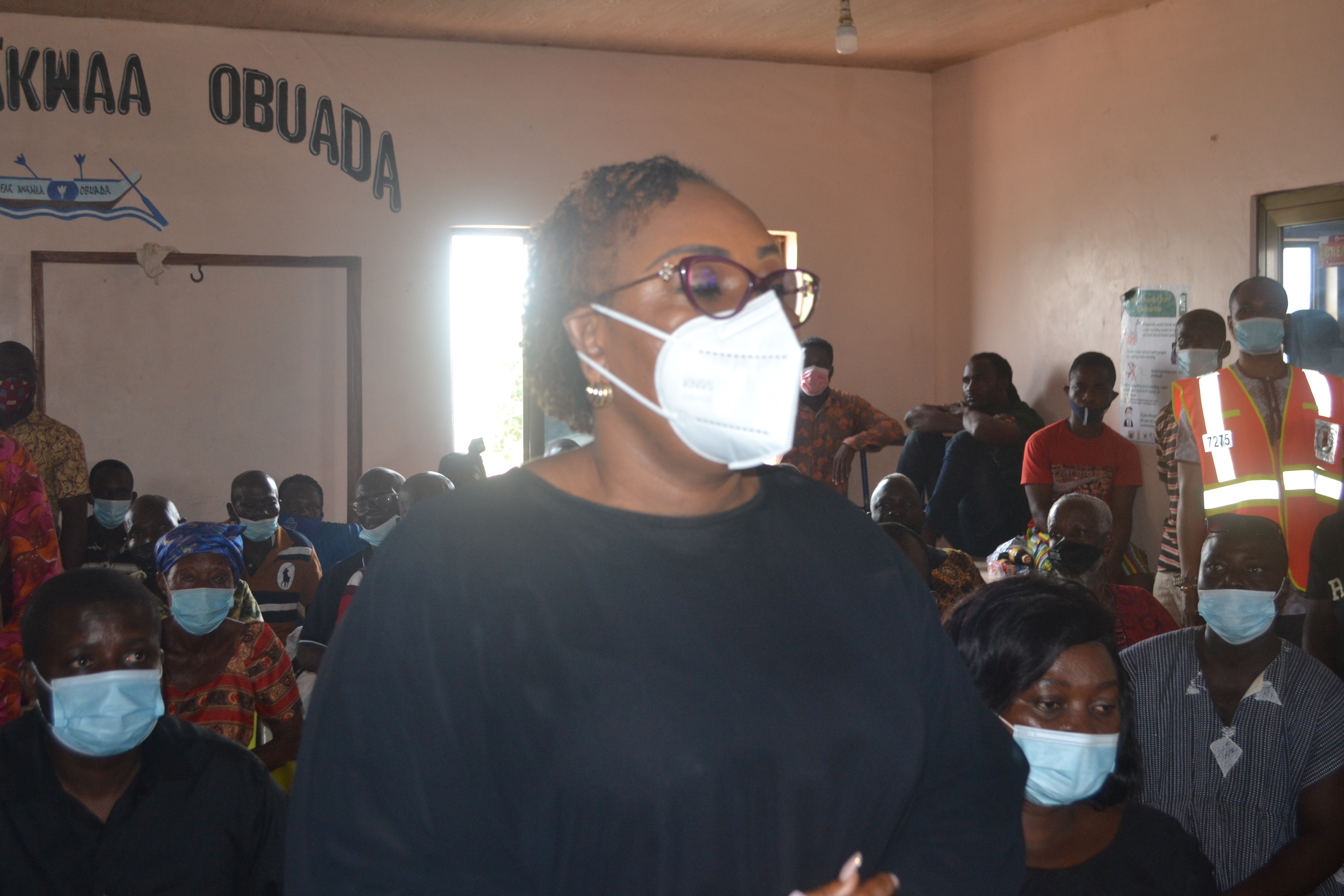 President Nana Addo Dankwa Akufo-Addo has expressed his “deepest condolences” to the families of the 12 teenagers who lost their lives last Sunday while swimming in the sea in Apam in the Gomoa West District in the Central Region.

He said the sad event, which caught the attention of the entire nation, had been a great source of worry and trying moment for the affected families and all Ghanaians.

The Minister of Fisheries and Aquaculture Development, Mrs Mavis Hawa Koomson, who led a delegation yesterday to convey the President’s condolences to the bereaved families and the people of Apam, said: “President Akufo-Addo is deeply worried and concerned about the tragic event which happened a day after the nation celebrated its 64th Independence Day anniversary”.

The minister, on behalf of President Akufo-Addo, presented GH¢36,120 to defray the cost for the performance of traditional rites, autopsy, burial and funeral of the victims.

Out of the amount, GH¢20,000 went to the bereaved families, while GH¢10,000 was presented to the chiefs and elders towards the traditional rites relating to the burial of the 12 departed youngsters.

Additionally, Mrs Koomson, who is also the Member of Parliament for Awutu Senya East, personally presented GH¢10,000 each to Godfred Apratse,14, and Simon Dadzie,15, who survived the tragic incident last Sunday.

Mrs Koomson said the government was fully behind the families in the trying times and would offer the needed support to the bereaved families towards ensuring that the children were given a befitting burial while mourning their tragic deaths.

She called on the bereaved families to fully cooperate with the chiefs and elders towards ensuring that the necessary customary rites were performed to pave the way for the children to be buried without any misunderstanding.

The minister urged the people to adhere to the ban on activities at the beaches due to the outbreak of COVID-19, saying “if these children had strictly adhered to the directive, this tragic incident wouldn’t have happened”.

The Queen Mother of Apam, Nana Assel Botwe III, on behalf of the people, thanked President Akufo-Addo for his show of sympathy to the bereaved families.

She noted that the bereaved families were grateful for the support, saying it would cushion them in their quest to organise the final funeral rites for the children.